Monday started off with the Pittsburgh Penguins taking to the ice for practice at UPMC Lemieux Sports Complex in Cranberry. At 1:15 p.m., though, the excitement from hockey being on the cusp of a return took a backseat as the Penguins announced some disheartening news: Sidney Crosby has been diagnosed with a concussion. Details: https://t.co/hJRXGdKcnzpic.twitter.com/kvcoH6zrJa — Pittsburgh Penguins (@penguins) October 10, 2016 Oh man, not again. Head coach Mike Sullivan confirmed to the ... END_OF_DOCUMENT_TOKEN_TO_BE_REPLACED

Where do I sign up for four more years of this game already? The re-ignition of the Pitt-Penn State rivalry unfolded to a scene that Hollywood screen writers might call too absurd as Pitt defeated Penn State, 42-39. The Panthers roared out to an impressive start, ramming the ball 99 yards down the Nittany Lion’s throat on their opening drive. Pinned at their own 1-yard line by an excellent Penn State punt, no matter,  Pitt traveled the distance of the field on the ground with bruising runs by ... END_OF_DOCUMENT_TOKEN_TO_BE_REPLACED

With rumors floating around the past few weeks including Chris Archer - wasn't going to happen - Nate Eovaldi and Matt Moore, the Pirates landed a pitcher before the 4 p.m. non-waiver trade deadline on Monday, as they acquired pitcher Ivan Nova from the New York Yankees. nova traded to pirates — Jon Heyman (@JonHeyman) August 1, 2016 Umm, sure. The return is a player to be named later. Nova, 29, has a 4.90 ERA, with a 5.09 FIP and a 1.35 WHIP on the season. Nova is primarily a ... END_OF_DOCUMENT_TOKEN_TO_BE_REPLACED 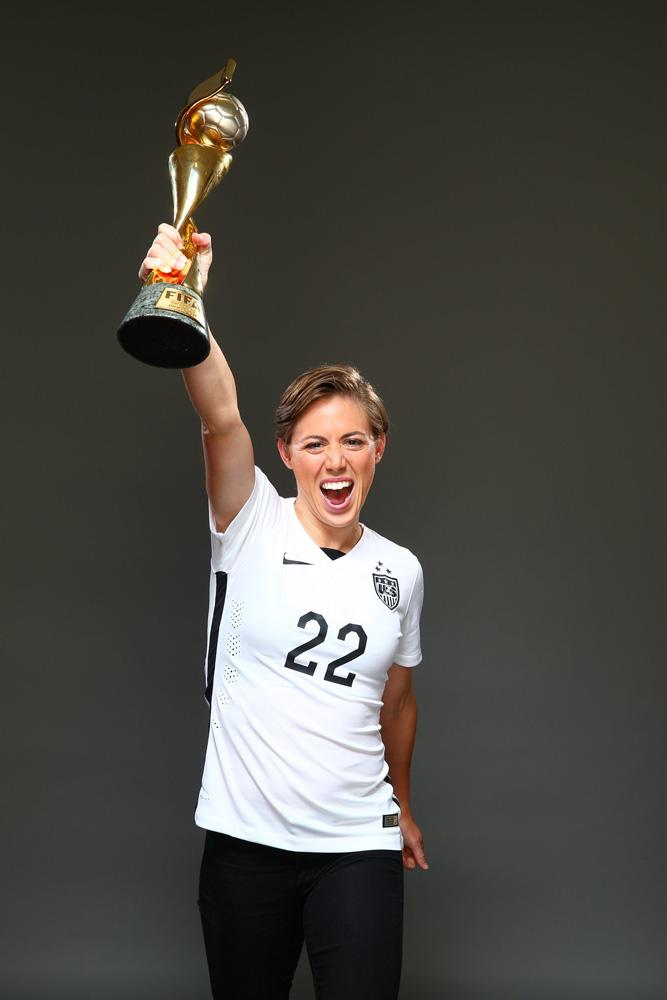 What’s more ‘Burgh than having “berg” in your last name? Winning championships, for one, and ever since U.S. women's national team defender Meghan Klingenberg was a soccer player at Pine-Richland High School in Gibsonia, Penn., winning titles is all she’s known. The first title for “Kling,” as she’s commonly known to teammates and fans, came in 2005, as the Pine-Richland Lady Rams pulled off a major upset in the state finals when they knocked off then-No. 1 ranked team in the nation, Owen J. ... END_OF_DOCUMENT_TOKEN_TO_BE_REPLACED

The MLB released their top-selling jerseys so far in 2016 with the All-Star break in full swing. While Mark Melancon and Starling Marte will be representing the Pirates in San Diego for the midsummer classic, it's centerfielder Andrew McCutchen who is representing the Pirates on the backs of fans. The MLB most popular player jerseys are based on sales from MLBShop.com of Majestic jerseys between Jan. 1 and the All-Star Game. While total numbers of jerseys sold were not available, McCutchen ... END_OF_DOCUMENT_TOKEN_TO_BE_REPLACED

With Chad Kuhl, Jameson Taillon, Steven Brault, Tyler Glasnow and Adam Frazier getting the call to the big leagues recently, the Pirates have seemingly embraced the youth movement, similarly to their hometown partners, the Stanley Cup Champion Pittsburgh Penguins. With so many prospects up, it was only a matter of time until Josh Bell joined them at the big league level. A source told Pittsburgh Sporting News that first baseman/outfielder Bell is on his way to meet the Pirates in ... END_OF_DOCUMENT_TOKEN_TO_BE_REPLACED

It's funny. On July 4, I said this week is a make-or-break week to keep the Pirates' playoff hopes alive. All they've done since is take the first two games of the series against the Cardinals — in St. Louis — to push Pittsburgh's winning streak to six games. Suddenly, the Chicago Cubs are in reach, and the magnitude of this weekend's series against Chicago is even bigger. Still, I don't think, under any circumstances, the Pirates will be able to win the NL Central. If they get into the ... END_OF_DOCUMENT_TOKEN_TO_BE_REPLACED

Pitchers Jameson Taillon, Chad Kuhl and Steven Brault have already made the leap this year from Triple-A to the Pittsburgh Pirates. Now, it's prized prospect Tyler Glasnow's turn, as ESPN's Buster Olney reports that the Pirates will promote their No. 1 prospect this weekend against the Chicago Cubs. Source: Tyler Glasnow is being promoted to start for the Pirates this weekend. — Buster Olney (@Buster_ESPN) July 6, 2016 Olney then added the Glasnow will in fact start Thursday against the ... END_OF_DOCUMENT_TOKEN_TO_BE_REPLACED

When the Pirates announced yesterday that pitcher Jameson Taillon was going on the 15-day disabled list with shoulder fatigue, the thought came that they wanted to give him some extra rest with the All-Star break coming up so that they could manage his innings now instead of shutting him down sooner at the end of the year. But with the Pirates in the midst of their biggest week of the season against the Cardinals and Cubs, it doesn't quite add up. With prized prospect Tyler Glasnow pitching ... END_OF_DOCUMENT_TOKEN_TO_BE_REPLACED