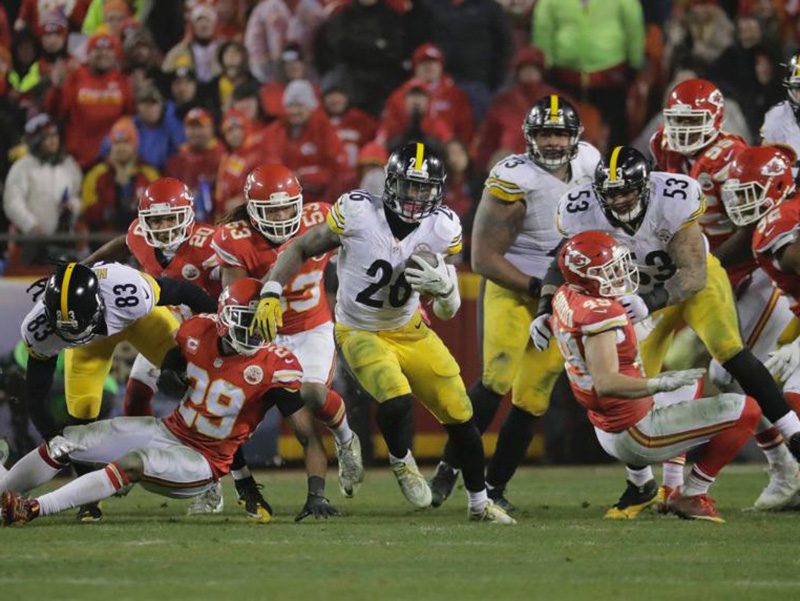 Sunday, the Pittsburgh Steelers looked dominant. And yet they still only beat the Kansas City Chiefs 18-16. While Pittsburgh’s offense stalled in the red zone, the team was bailed out by kicker Chris Boswell, who was a perfect 6-for-6 on field goals to set an NFL record for most field goals in a playoff game.

The game came down to a Kansas City two-point conversion attempt that was called back because James Harrison was held.

Here are the game’s best tweets:

We sense a pattern. https://t.co/pGxrGwUEHA

If I told you Le’Veon Bell and Antonio Brown would EACH have 101 at the half, you would’ve guessed the #Steelers had a 12-7 lead. Right?

That was almost a huge play from Smith to Travis Kelce, but it ended with Kelce doing this: pic.twitter.com/QBDn7aApGa

Catching Kelce? They caught him on that play

Right. James Harrison is blazing fast and punishingly strong for an NFL edge rusher at age 38 because of…acupuncture.

I need to hire James Harrison as my personal trainer. #NoParticipationTrophies #PITvsKC

Big Ben had some room to work with on this play… pic.twitter.com/35VJLzP0A2

When someone tells you getting a TV show is the only way you can find a girlfriend. pic.twitter.com/BRnS3auiJK

Cockrell baited Kelce by asking him to define E=MC2 #Steelers

Never forget that Travis Kelce dunked on a girl who was trying to date him https://t.co/Cr8Srnjf44

This drive is a lesson in not treating eight-point games like they’re one-score away.

It’s fine, because they have all three time…oh.

When u cant get sent to timeout anymore becuz u burned them all up in the 3rd quater pic.twitter.com/6TUkJdo4vs

The Chiefs had 227 total yards of offense.

“That’s how we do that there.” pic.twitter.com/ZTcqM5BGCS

The Steelers 4 killer B’s were great but don’t forget about that defense. They stepped up bigtime tonight. Super Bowl gonna be PIT vs. GB…

To Pittsburgh’s James Harrison, all I can say is “You’re a baaad man”! Lol

Mike Tomlin is one hell of a cheerleader.

Logically then, associates at Foot Locker know how to correctly call holding. https://t.co/pm6LNG56UF

#PITvsKC For anyone crying that wasn’t holding on James Harrison. pic.twitter.com/V96x8n0XOH

So: Three future Hall of Fame QBs and a red-hot MVP candidate and first-team All-Pro in the final four. Sounds about right.

Fun Fact: This is the 7,000,000,000th straight season the Patriots or Steelers have appeared in the AFC Championship Game.

When you order some french fries and find an old burned onion ring hiding in the pile. pic.twitter.com/H1RToANawQ