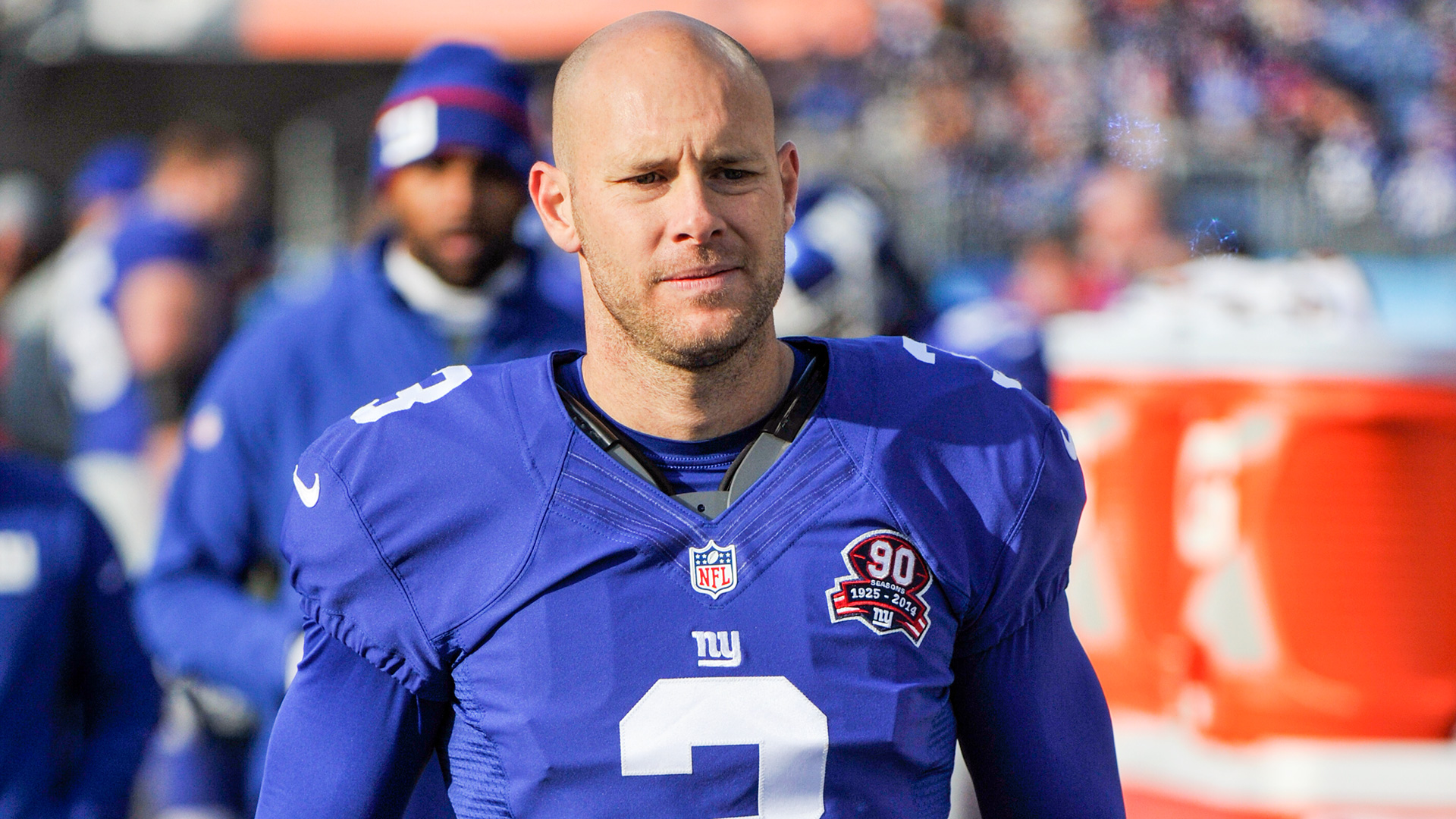 I’ve been a football fan for as long as I can remember. I wouldn’t be at all surprised if I was spewing QBR and DVOA ratings in the crib. And, until recently, I’ve never questioned my loyalty to football or wondered why I spend so much of my time praying at its altar on Sunday afternoons — oh, and now Sunday nights, Mondays and Thursdays.

But that’s changed, and I’m confused about whether I can continue to support the National Football League.

The NFL’s handling of domestic violence cases — right now, particularly the case of Giants kicker Josh Brown — has me wondering why I support a business that doesn’t support women like me and that allows abusers to have a place in its league.

I’m sick of the NFL’s charade that it takes these type of allegations seriously. I’m sick of being pushed pink and rhinestone-encrusted merchandise and then expected to ignore the fact that the NFL continues to stand behind men who have beaten their significant others.

The Brown case has just made the NFL’s domestic violence problem that much clearer. The facts have dribbled out, so here’s a quick recap:

In May 2015, Brown was arrested on a domestic violence charge in an incident with his now ex-wife in Washington state; the charge was dropped five days later (the King County police report shows she was concerned he would be cut from the Giants and was worried she’d be branded a liar.) Brown reported the arrest to the Giants, who informed the league.

Both police and court records documented that Brown had threatened to kill his then-wife multiple times and that he physically abused her on 20-plus occasions, including at least once when she was pregnant.

Six months later, at the Pro Bowl where his wife attended with her children (she was told they’d have their own room), Brown showed up drunk at her door and started pounding on it and yelling at her to let him in. Both NFL and hotel security had to escort him away.

The league’s response? The NFL suspended him for a game — even though league policy calls for six unless there are mitigating circumstances. ONE. FREAKING. GAME.

The Giants’ response? In April, following his Pro Bowl season, New York re-signed him to a two-year, $4 million deal.

Sick to your stomach yet? Yeah, me, too. But hold on, it gets worse.

Late last week, documents were released that showed that Brown had kept a journal, as part of counseling to fix things with his wife, and described a long pattern of abuse. In a 2014 letter to friends, he wrote that he viewed himself as “God basically” and that he essentially considered his wife to be his slave. His ex-wife, in another journal entry, wrote that Brown “pushes, shoves, hits me because I challenge him” and that he told her “women like me get hit because we can’t shut up.”

How did the Giants and the league respond? Really by doing nothing.

New York owner John Mara said in 2014, “There is no place for domestic violence in our sport or our society, and we are committed to doing our part to prevent such heinous acts going forward,” but merely said of Brown, “He admitted to us that he’d abused his wife in the past. What’s a little unclear is the extent of that.”

Head coach Ben McAdoo, who publicly chastised wide receiver Odell Beckham Jr. for some antics on the sideline by saying he “needs to control his emotions better” and become “less of a distraction to himself and to his teammates,” said he supports Brown “as a man, as a father and a player.”

So I guess hitting a kicking net isn’t OK but hitting women is. Got it. Glad we’ve cleared that up.

Quarterback Eli Manning took part in a PSA about domestic violence called “No More” two years ago, after the Ray Rice and Greg Hardy incidents. Manning opened the video saying, “No more boys will be boys,” and closes it by saying “No more.”

Here’s what he said about Brown: “I saw some new information that was revealed. I didn’t read into what exactly it was, so I’m probably not up to speed on everything. … Right there, you support your teammates, but also support the decision of the organization. … Again, I’m not aware of what ownership said or any of the announcements. My focus this week has been getting ready for the Rams. Obviously, I don’t know what went on behind the scenes, all I can do is support my teammates and support the organization.”

A report from King County detective Robin Ostrum said several of Brown’s teammates were aware of the abuse in the relationship, but “it’s clear none of them did anything.” Only after the trove of documents was released, and in the face of horrific public pushback, did the Giants say Brown wouldn’t fly to London with the team to play the Rams last weekend. And only after the documents came out did the NFL place Brown on the commissioner’s exempt list, meaning he won’t play — but will continue to be paid each and every week.

But, don’t worry. In the statement where the Giants announced Brown wouldn’t be with the team in London because of the released documents, they said they “remain supportive of Josh and his efforts.”

The Giants and the league went from NO MORE!!!!!!!! to yeah, well, hmm, let’s think about this, because, you know, the guy did make it to the Pro Bowl.

Know who I think nailed the situation? Baltimore Ravens wide receiver Steve Smith, who said to Brown, “If your ex-wife was my daughter, yo ass would be on IR.” I want to find Smith and give him a hug.

Same with Annie Apple, the mother of Giants cornerback Eli Apple, who tweeted: “As a domestic violence survivor, reading these Mara comments makes me sad, angry and completely baffled. He just doesn’t get it. This is sad.” PREACH! (Everyone should read her column on this topic.)

Heck, Colin Kaepernick doesn’t stand for the National Anthem, and it’s a national incident with comments from the commissioner; current and former NFL owners, coaches and players; as well as Supreme Court justices and presidential candidates. Martavis Bryant smokes some pot because he’s suffering from depression and gets suspended for a year. Tom Brady acts suspicious about some footballs and sits for four games, after an avalanche of legal action by the league. Antonio Brown has some fun with his shoes and is told he has to change them in the middle of a game or he’ll be yanked off the field.

But a guy beats his wife repeatedly, and the league and the Giants were happy to have him sit for just a single game, until being slammed by public opinion.

Commissioner Roger Goodell even tried to blame the public, saying, “I understand the public’s misunderstanding of those things and how that can be difficult for them to understand how we get to those positions.”

It’s not that hard to understand: The guy beat his wife. I’m not entirely sure how I’ve misunderstood that.

This isn’t a “woman problem,” it isn’t a PR problem; it’s a societal problem. The NFL apparently doesn’t get that.