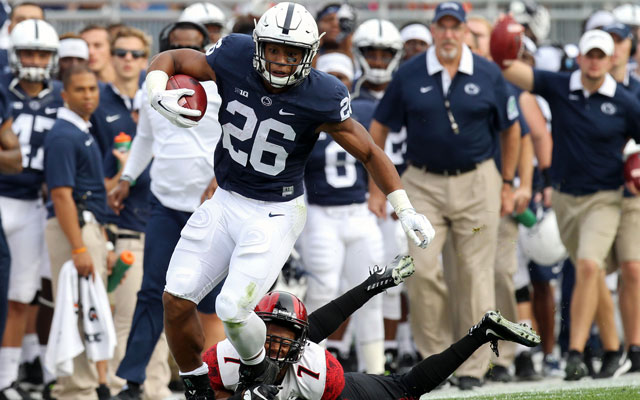 With Tuesday night’s most recent College Football Playoff rankings, the Penn State Nittany Lions found themselves ranked No. 7, up from No. 8 last week.

Both the AP Poll and the Amway Coaches Poll, which were released Sunday, ranked the Nittany Lions at No. 8 — up from Nos. 9 and 10, respectively.

Barring overtime or any delays, the outcome of the game between the Wolverines and Buckeyes will be known prior to kickoff for Penn State and the Spartans. A win for Michigan isn’t the end of the world for the Nittany Lions because, with a win, they’ll likely lock up an opportunity to play in a New Year’s Six bowl game.

A win over Michigan State gives Penn State a 10-win season and sets the table for an appearance in either the Rose Bowl, Cotton Bowl or the Orange Bowl should the Wolverines beat Ohio State. If the Buckeyes pull off the victory, the chances of the Nittany Lions playing in the Rose Bowl get greater as does the possibility of playing in a National Semifinal game.

While it’s easy to sit and look ahead to the possibilities on the horizon for Penn State with a win and Ohio State loss, head coach James Franklin and company only have one thing on their minds: