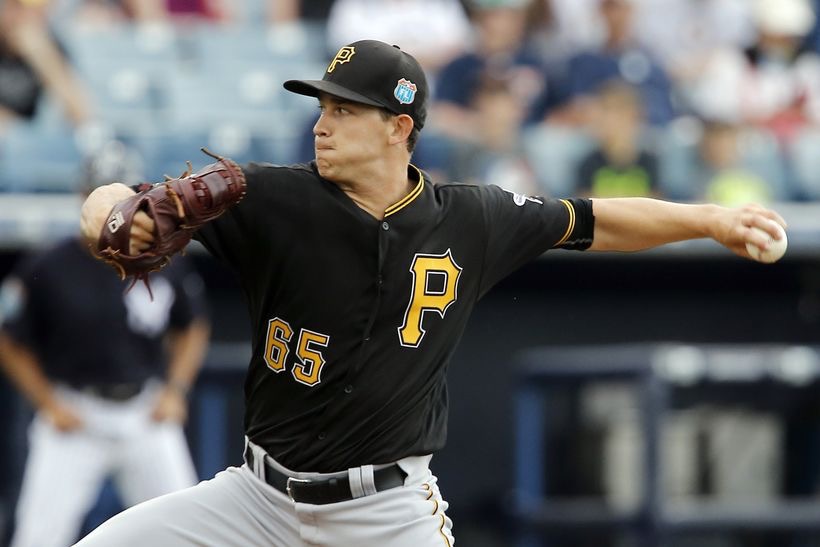 Brault (0-3) was making his sixth start of the season and of his career. He pitched 3.2 innings and allowed five runs, three of which were earned on a career-high nine hits allowed.

June hasn’t won a desicion since June 30 — and that came against the Toledo Mud Hens while Brault was a member of the Pirates’ Triple-A affiliate, Indianapolis.

Now, the Pirates are 70-74 on the season and sit six games back in the NL wildcard chase with 18 games to play. The Pirates have fallen to 3-10 in September.

Wednesday, the Phillies struck first in the second inning on a Freddy Galvis home run, his 19th of the season. In the third inning, the Phillies plated two more runs. First, Cameron Rupp doubled in Maikel Franco, and then Aaron Altherr reached base on a David Freese error. The Freese miscue brought home Tommy Joseph.

In the top of the fourth inning, the Pirates chipped away at Philadelphia’s lead.

First, Andrew McCutchen hit a solo home run off Jake Thompson (2-5). McCutchen, who snapped an 0-for-13 hitless streak Tuesday night, has now reached base in 20 of his last 22 games. It was McCutchen’s 21st homer of the season.

Then, Pittsburgh’s second — and ultimately final — run of both the inning and the game was scored on a Sean Rodriguez sacrifice fly.

Philadelphia’s Franco scored another run for the Phillies run in the fourth inning off Brault. Franco’s double knocked Brault out of the game.

In the sixth inning, Joseph hit his 19th home run, a solo shot off Drew Hutchison.

Down 6-2 in the ninth inning, Rodriguez singled, and Francisco Cervelli recorded a one-out walk. With a runner in scoring position, Phillies manager Pete Mackanin went to his closer Jeanmar Gomez for the save.

Following the game, Hurdle said he wasn’t pleased with third base coach Rick Sofield for sending Rodriguez home with no outs. The Pirates would have had the tying run at the plate had Rodriguez not attempted to score.

Instead, pinch-hitter Jason Rogers harmlessly struck out to end the game.

In the series finale, Chad Kuhl (3-3, 4.09 ERA) makes his return to the Pirates after having his most recent rotation turn skipped. Kuhl will face Philadelphia’s Jerad Eickhoff (10-13, 3.73 ERA).