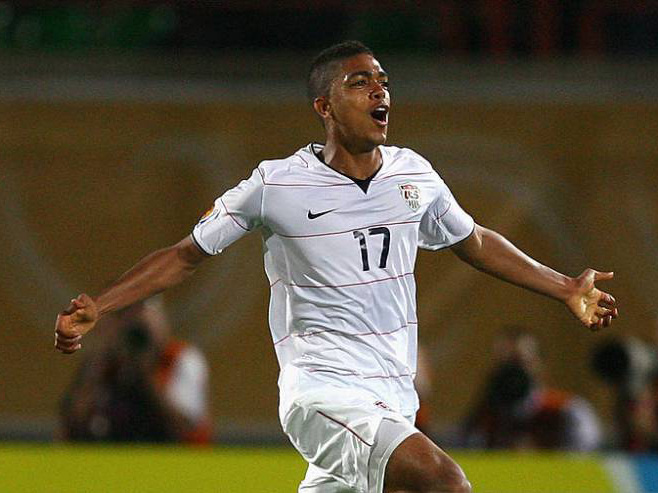 The Pittsburgh Riverhounds have added another midfielder and defender to their mix. This time, however, instead of adding rookies, the team signed two veterans to the 2017 squad: midfielder Bryan Arguez and defender Jamal Jack.

Both were signed to one-year contracts and are awaiting approvals from the USL and USSF before their contracts become official.

Arguez has had quite the journey over his career.

The 27-year-old most recently appeared for the Fort Lauderdale Strikers (NASL) in 2016. There, he made 14 appearances.

He started his career in the U.S. Soccer system; he was drafted by D.C. United in the first round of the 2007 MLS SuperDraft but didn’t make any official appearances.

The next year, Arguez went overseas to the Bundesliga league to star for Hertha BSC II. He made 10 appearances for the Bundesliga 2 team and even made one senior team appearance in February 2008. At 19 years old, he was the youngest American to play in the Bundesliga until Christian Pulisic, at 17, earned the honor with Borussia Dortmund.

In 2010, Arguez returned to the U.S. after three years in Germany and signed with Miami FC, where he made seven appearances. That same year, he went on loan to G.D. Estoril Praia in Portugal, but he didn’t make any appearances.

In 2011, he went to the Fort Lauderdale Strikers, where he made 19 appearances and scored his first professional goal. The next year, his performance led him to the MLS, where he signed with the Montreal Impact — but he didn’t record any caps. During his time with the Impact, he went on loan to FC Edmonton (NASL), where he recorded 13 appearances and scored his second professional goal.

From 2013-16, Arguez recorded appearances with numerous different clubs. He spent time with Minnesota United FC and the Carolina RailHawks in 2013, Miami Dade FC in 2014, FC Miami City in 2015 and the Strikers in 2016.

“Bryan is a highly-experienced midfield player, who is someone that I think will help us immensely on the field this season,” said Riverhounds head coach Dave Brandt.

Jack, an experienced defender, will be reunited with Kenroy Howell (who the Riverhounds signed earlier this week); the two are both coming to the Riverhounds from C.D. Dragón of the Primera División in El Salvador.

He made no appearances for Alpha United. So he went back to Central from 2014-16, where he scored five goals. In his second tenure with Central, Jack was a fixture of the club when it won two league championships. He then went to C.D. Dragón in 2016, where he made 19 appearances and scored two goals.

“Jamal is a big body and a strong and experienced technician and athlete,” Brandt said. “We expect Jamal to have an immediate impact within a rebuilt back four for this upcoming season.”