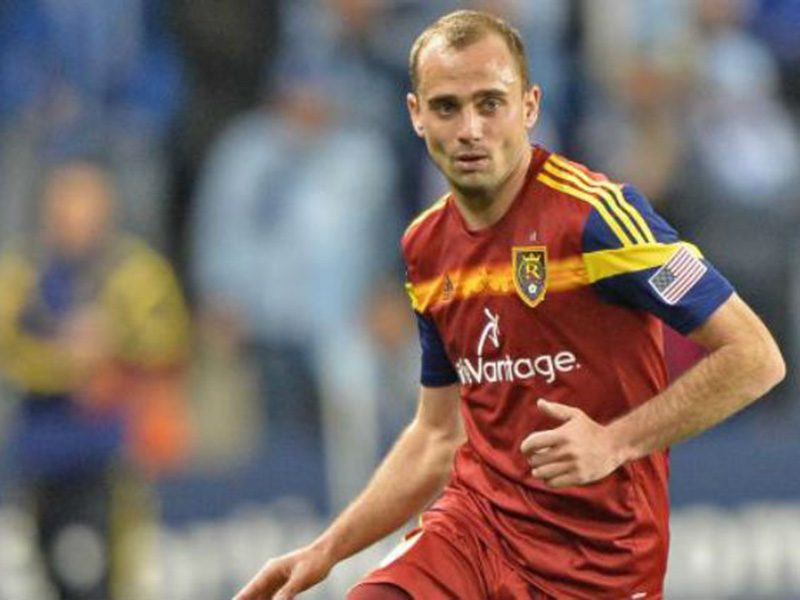 Even in the middle of preseason play, the Pittsburgh Riverhounds are still making moves. Wednesday, the club announced the signing of defender Rich Balchan to a one-year contract.

Balchan was invited to go on trial with the team in February.

The 28-year-old started his career in 2008 with the Fort Wayne Fever (in the USL’s Premier Development League), where he made five appearances and scored two goals. In 2009, he signed with FC Indiana before making a move to the Chicago Fire Premier later in the year. With Chicago, Balchan made 17 appearances, scoring two goals.

He was the 11th overall selection in the 2011 MLS SuperDraft, and he played for the Columbus Crewin 2011 and 2012. (In 2016, the Crew became the Riverhounds’ MLS affiliate team.) While with the Crew, Balchan made 19 appearances and scored one goal. In 2013, Balchan headed to Utah to play for MLS club Real Salt. He stayed with the club until 2015 — he made four appearances with the team.

In 2015, Balchan moved to the NASL, signing with the Tampa Bay Rowdies. He made 15 appearances and scored once in his two seasons. In 2016, he signed with the Ottawa Fury, where he made three appearances.

“Rich is an experienced right back that can also play center back,” said Pittsburgh head coach Dave Brandt. “We were a little thin in the back with only eight guys on the roster covering those spots but heavy up front, so I think Rich is a really good addition for us as an experienced, solid, versatile defender.”

The Riverhounds now have 27 players on their roster and will continue their preseason action against the Rochester Rhinos on March 13 at 3 p.m. EST. Pittsburgh will host its Fan Fest on March 19 against the Duquesne University men’s soccer team, the Riverhounds’ final preseason match.