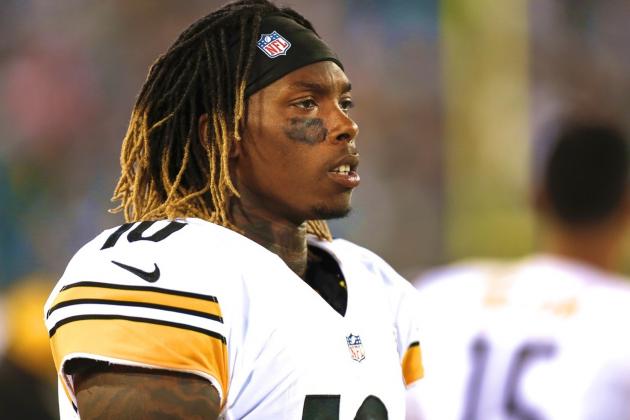 Martavis Bryant has only been back in the NFL for a few days — after sitting out all last season due to a marijuana-related suspension — but he’s already causing problems.

After the Pittsburgh Steelers selected USC WR JuJu Smith-Schuster in the second round (with the No. 62 overall pick), Bryant had this to say about his team’s draft pick:

lol that’s Sammie coates replacement not minds take it how you want to I am back.

It’s a business so I treat it like that.

Both tweets have since been deleted.

Coates, who was drafted by Pittsburgh in the third round (No. 87 overall) in the 2015 NFL Draft, had a couple of pretty simple responses:

Yes, Coates had a disappointing 2016 season. He finished the year with 21 receptions for 435 yards and two touchdowns. Heading into the 2017 season, Coates is likely the fourth or fifth wideout on Pittsburgh’s roster.

But Coates was on the field last season when Bryant wasn’t. Bryant let the entire team last season with his suspension; he shouldn’t be calling his teammates out. This isn’t the kind of behavior the Steelers, who emphasize a team-oriented mindset and atmosphere, want to see from their guys.

Pittsburgh head coach Mike Tomlin even got involved on Twitter:

To which Coates responded:

No nice playing in football! See you Monday coach. https://t.co/0f3AMbe8GH

All in a night’s work.