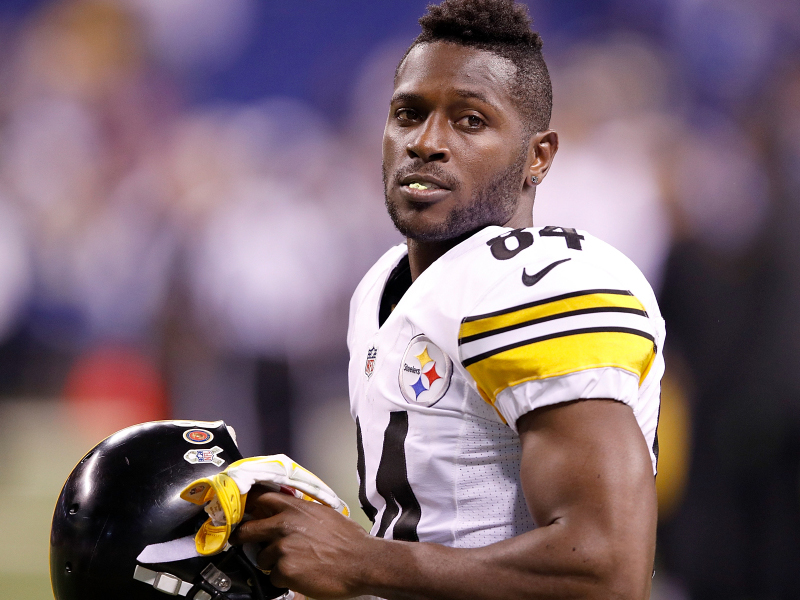 There may be no “I” in team, but there is one in “Antonio.” According to NFL Network's Aditi Kinkhabwala, the Pittsburgh Steelers have become concerned that wide receiver Antonio Brown cares more about his individual statistics than his team's performance.   Sunday, in the AFC Championship Game against the New England Patriots, Brown apparently “pouted” after quarterback Ben Roethlisberger found running back DeAngelo Williams for the touchdown and not Brown — while the rest of the ... END_OF_DOCUMENT_TOKEN_TO_BE_REPLACED 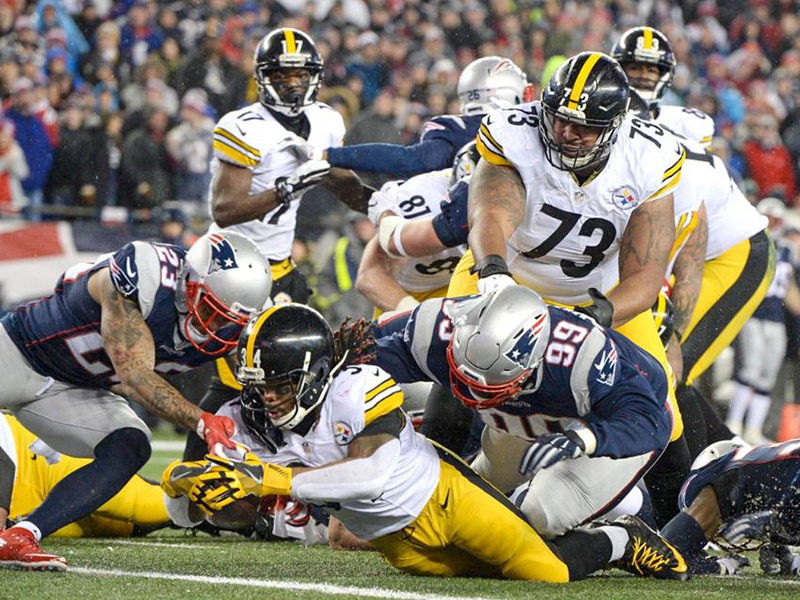 Houston, we have a problem. That problem is simply that the New England Patriots beat the Pittsburgh Steelers to once again to head to yet another Super Bowl. The Steelers, in reality, didn’t do much to halt the Patriots' passage to Houston, where Super Bowl LI will be held. For New England, it seemed like another walk around Boston Park. Plenty of Steelers fans made the trip to sit in the trenches of Gillette Stadium and cheer on the Black and Gold. However, those fans had to ... END_OF_DOCUMENT_TOKEN_TO_BE_REPLACED 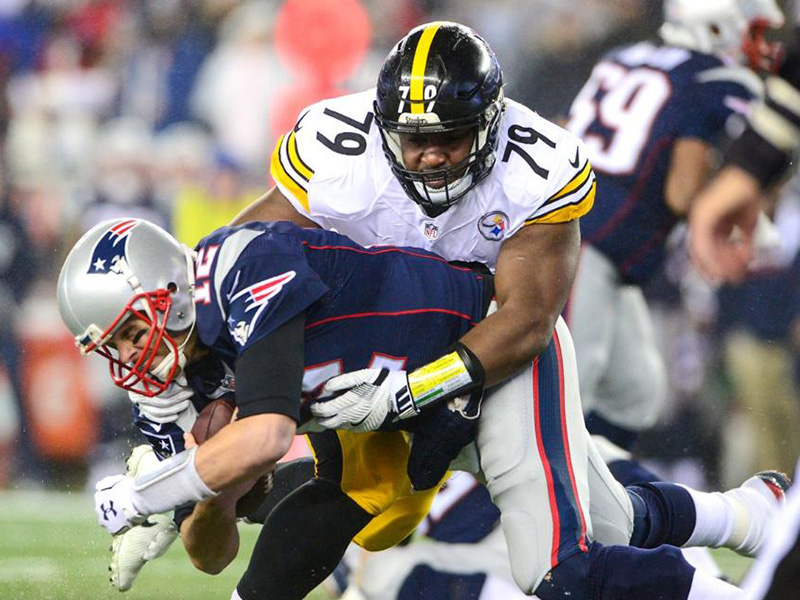 Another playoff matchup between the Pittsburgh Steelers and New England Patriots, another frustrating, season-ending loss for the Black and Gold. Although it'd been 12 years since the two teams last met in a playoff contest, the Patriots (16-2) once again found a way to ruin an otherwise rewarding season for the Steelers (13-6) with a resounding 36-17 win in the AFC Championship Game at Gillette Stadium in Foxboro, Mass. It's the Steelers' third loss to the Patriots in the AFC title game ... END_OF_DOCUMENT_TOKEN_TO_BE_REPLACED 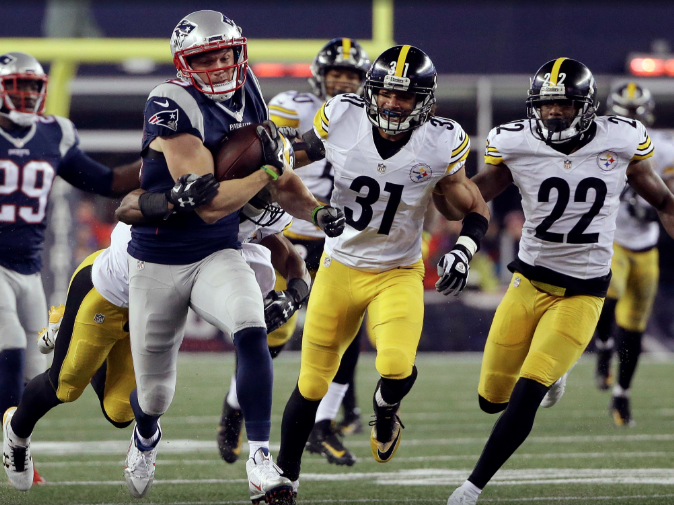 Sunday night, the Pittsburgh Steelers fell to the New England Patriots in the AFC Championship Game by a score of 37-16. In case you feel like laughing instead of crying, here are the game's best tweets: 1. These boring NFL semifinal games prove Penn State should’ve been selected instead. — Chris Vannini (@ChrisVannini) January 23, 2017 2. Me when someone tries to cut the line at Chipotle. https://t.co/lfYlzlosRa — Chris Burke (@ChrisBurke_SI) January 23, ... END_OF_DOCUMENT_TOKEN_TO_BE_REPLACED 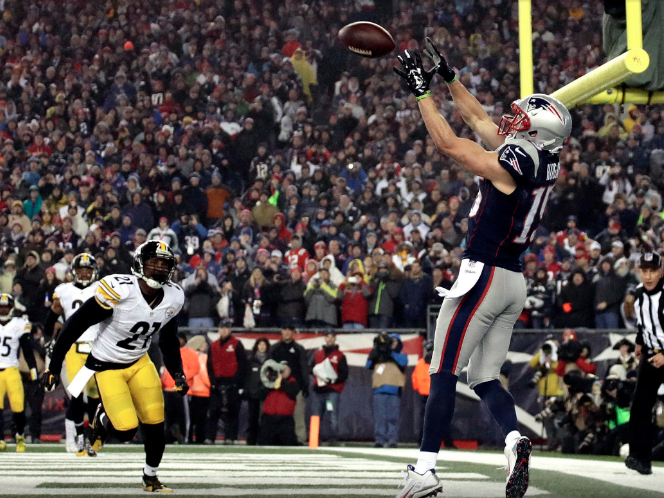 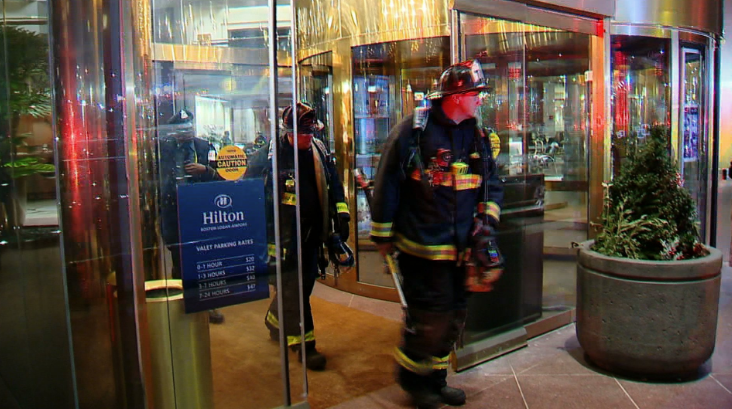 The Pittsburgh Steelers got an extra-early wake-up call Sunday morning. At the Hilton Hotel at Logan Airport in Boston, a man intentionally pulled the fire alarm around 3:00 a.m. The Steelers are in Boston getting ready to take the field in the AFC Championship Game against the New England Patriots later tonight. #BREAKING: Fire alarm pulled at #Steelers hotel in Boston, guests being evacuated. Fire Dept investigating. #KDKA pic.twitter.com/CYt70UeQFG — Ian Smith (@ismithKDKA) January 22, ... END_OF_DOCUMENT_TOKEN_TO_BE_REPLACED

For the first time since the 2004 season, the Pittsburgh Steelers and the New England Patriots will face off in the AFC Championship Game with kickoff set for 6:40 p.m. EST at Gillette Stadium in Foxboro, Mass. The Patriots have certainly had the Steelers' number in the Tom Brady-Bill Belichick era (New England holds a a 9-2 record in meetings with Brady under center), but the Steelers — on a nine-game winning streak — come in as the hottest team in the NFL. There are plenty of things that ... END_OF_DOCUMENT_TOKEN_TO_BE_REPLACED