The MLB All-Star Game is commonly referred to as three or four of the busiest days in a baseball season, so when Pittsburgh Pirates left fielder Starling Marte and closer Mark Melancon were named to the National League All-Star team, there was a lot of work to be done. Work that doesn’t actually even happen on the field. When Marte and Melancon were named to the All-Star team, clubhouse manager Scott “Bones” Bonnett and traveling secretary Greg Johnson had to immediately go to work, ... END_OF_DOCUMENT_TOKEN_TO_BE_REPLACED

Pitchers and catchers start reporting Feb. 17 with other teams doing the same later in the week. This means that baseball season is fast approaching. With that in mind, it is time to offer up an early look at how I expect the National League Central to shape up. Will the St. Louis Cardinals continue its dominance atop the division? 1. Chicago Cubs 88-74 Key additions-  Jason Heyward (FA), John Lackey (FA), Ben Zobrist (FA), Adam Warren (trade/Yankees)  Key departures- Starlin Castro ... END_OF_DOCUMENT_TOKEN_TO_BE_REPLACED

Pittsburgh Pirates manager Clint Hurdle has announced his lineup for tonight’s Wild Card matchup against the Chicago Cubs and it comes with a big surprise towards the end. Batting eight and starting at first base will not be Pedro Alvarez, who played 124 games at first the Pirates this season, but utilityman Sean Rodriguez. Rodriguez saw extensive action as a defensive replacement, but started only 12 games at first base on the year. On the season, Alvarez hit .243/.318./.469 with 27 home ... END_OF_DOCUMENT_TOKEN_TO_BE_REPLACED 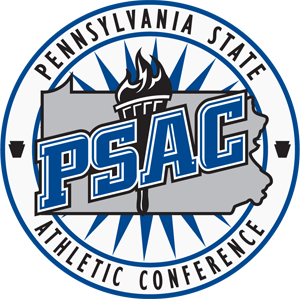 Good morning, Pittsburgh. Here's your day in sports for Monday, October 5, 2015. What's on tap for today: At the craziest part of the year's sports calendar, there will be two days of nothing but anticipation, as the Pirates, Steelers, Penguins and local college teams are all off until Wednesday's Wild Card game between the Bucs and the Chicago Cubs at PNC Park. At noon, Pitt (3-1. 1-0) head coach Pat Narduzzi will discuss his team's big road win over Virginia Tech and look forward to ... END_OF_DOCUMENT_TOKEN_TO_BE_REPLACED

The Pirates are getting hot at the right time. They stormed into Wrigley Field on Friday afternoon on a six-game winning streak and ace Gerrit Cole kept things rolling as he and the bullpen held the Cubs to just two runs in a 3-2 series-opening victory for the visiting Bucs. Cole gave up just four hits and one run while striking out eight over seven innings of work. He helped his own cause with some offensive work in the top of the third inning. Jordy Mercer set the table with a ... END_OF_DOCUMENT_TOKEN_TO_BE_REPLACED 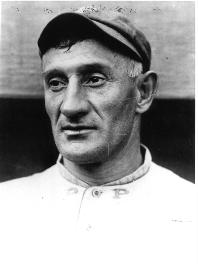 Good morning, Pittsburgh. Here's your day in sports for Friday, September 25, 2015. What's on tap for today: Since losing three-of-four to the Chicago Cubs (89-63) in Pittsburgh, last week, the Pirates (93-60) have won six of their last seven games. Despite their recent success, they haven't gained much ground on their NL Central rivals. They remain four games behind the St. Louis Cardinals and just three games ahead of the Cubs, who the Pirates will visit at Wrigley Field for a three-game ... END_OF_DOCUMENT_TOKEN_TO_BE_REPLACED

After taking three-of-four from the Milwaukee Brewers this weekend, the Pittsburgh Pirates have won seven of their last 10 games – all against National League Central teams, no less – and find themselves only 2.5 games behind the St. Louis Cardinals for the lead in the division. Unfortunately, there is no time to look back, since the Chicago Cubs, who are four games behind the Pirates for the first NL Wild Card spot, come to PNC Park on Tuesday to start a four-game series. It could be the ... END_OF_DOCUMENT_TOKEN_TO_BE_REPLACED

A night after playing five hours and allowing twelve runs the night before, the Pittsburgh Pirates [17-19] hoped to get back on track and limit the runs scored by the Chicago Cubs [20-15].  Pitchers Gerrit Cole [5-1, 2.32] and John Lester [3-2, 4.10] took the mound for their respective teams. The Cubs would end up winning the second game of the series, 4-1. Both starting pitchers played outstandingly, however, the Bucs bullpen cracked and the Cubs took advantage. Chicago took an early 1-0 lead ... END_OF_DOCUMENT_TOKEN_TO_BE_REPLACED

The Pittsburgh Pirates have shown the ability to fight back under manager Clint Hurdle. That ability was on display more than once Friday afternoon at Wrigley Field, but as much as the Pirates would fight, a bizarre play ultimately sent them to their third defeat in row, falling victim to the Chicago Cubs 11-10 in 12 innings. With the bases loaded and one out in the bottom of the 12th inning, Pirates reliever Radhames Liz got Matt Szczur to pop up to shallow right field. However the Cubs ... END_OF_DOCUMENT_TOKEN_TO_BE_REPLACED