The Pittsburgh Steelers turned the tide after a painful Week 3 loss against the Philadelphia Eagles by defeating the Kansas City Chiefs 43-14 on Sunday night. The Steelers saw a few firsts in their Week 4 match against the Chiefs: running back Le’Veon Bell made his season debut, the pass rush was alive and well and Markus Wheaton didn’t drop a pass. Without further ado, here are the Steelers' positional grades from their Sunday Night Football game against the ... END_OF_DOCUMENT_TOKEN_TO_BE_REPLACED

The preseason is supposed to be the time for teams to work out the kinks, find continuity and with a little luck, a few new players who can push for a roster spot. In a sloppy 30-17 loss to the Detroit Lions in front of an announced crowd of 44,148 at Heinz Field, it looks apparent that the Pittsburgh Steelers need all the extra time they can get. With a number of starters held out with injuries or for extra rest, the team struggled in a game marred by mistakes and poor play in all three ... END_OF_DOCUMENT_TOKEN_TO_BE_REPLACED

As the Pittsburgh Steelers begin their third full day of practice at St. Vincent College in Latrobe, PA, a number of storylines are developing that should add intrigue and question marks as training camp continues. One of the biggest early developments is in the secondary. The team announced Tuesday that second-year cornerback Senquez Golson could be sidelined for up to 12 weeks with a lisfranc injury. Golson was carted off the field Monday, and there was immediate speculation he might have a ... END_OF_DOCUMENT_TOKEN_TO_BE_REPLACED 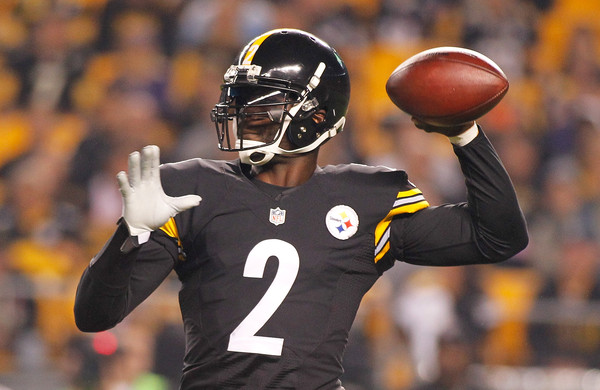 Baltimore kicker Justin Tucker tied a Heinz Field NFL record with a 52-yard field goal as the Ravens beat the Steelers 23-20 in overtime on Thursday. It won’t go down in the annals of Steelers history as one of team’s more impressive quarterbacking performances, but Mike Vick stepped up in the absence of Ben Roethlisberger and had the Steelers in position to beat the Ravens. In overtime, the Steelers twice went for it on fourth down and were twice unable to convert as Vick was stopped on a ... END_OF_DOCUMENT_TOKEN_TO_BE_REPLACED

The auditorium in Radio City Music Hall in New York echoed cries of shock and disbelief when NFL commissioner Roger Goodell announced the Oakland Raiders’ 2009 first-round pick. “With the seventh pick in the 2009 NFL Draft, the Oakland Raiders select Darrius Heyward-Bey, wide receiver Maryland,” he uttered into the microphone attached to the podium on the hall’s front stage during the April draft. Not Texas Tech wide receiver Michael Crabtree, the consensus top wide receiver of that draft ... END_OF_DOCUMENT_TOKEN_TO_BE_REPLACED

When Darrius Heyward-Bey was taken seventh overall in the 2009 draft by the Oakland Raiders, he was known more for his speed than production as a player. Immediately labeled another one of the late Al Davis's famous "reaches" before he had even played a down for silver and black, Heyward-Bey struggled to live up to the heightened expectations that come with being a top-10 pick. Though Heyward-Bey would have success as a return specialist and put together a 64-catch, 975-yard season in 2011, ... END_OF_DOCUMENT_TOKEN_TO_BE_REPLACED

The Pittsburgh Steelers added some depth at the wide receiver position on Thursday, coming to terms with free agent Darrius Heyward-Bey. Heyward-Bey returns on a one-year deal. Financial terms were not disclosed, but it is likely for the league minimum. Once a top pick of the Oakland Raiders, Heyward-Bey signed with the Steelers prior to last season and made an impact as a special teams player. With Antonio Brown, Martavis Bryant and Markus Wheaton already entrenched as the Steelers top ... END_OF_DOCUMENT_TOKEN_TO_BE_REPLACED

When the Steelers released their initial training camp depth chart a few days ago, there were certainly a few surprises. However, the biggest might have been wide receiver Justin Brown, who was listed as the primary back up behind pro bowler Antonio Brown. Selected in the sixth round in the 2013 draft, Brown was one of the final cuts in training camp, and spent the remainder of his first season on the Steelers practice squad. Brown seems to be opening eyes in his second training camp with the ... END_OF_DOCUMENT_TOKEN_TO_BE_REPLACED