The Pitt men's basketball team is coming off a 15th consecutive postseason appearance. Most schools would be happy with that, but Jamie Dixon and company are coming off a very disappointing 2014-15 campaign which saw them end up in the NIT. For the Panthers to get back on track and return to the NCAA Tournament, Dixon will have to turn things around with a lot of new faces. Gone are graduated guard Cameron Wright, and big men Derrick Randall and Aron Nwankwo. Also gone are swingman ... END_OF_DOCUMENT_TOKEN_TO_BE_REPLACED 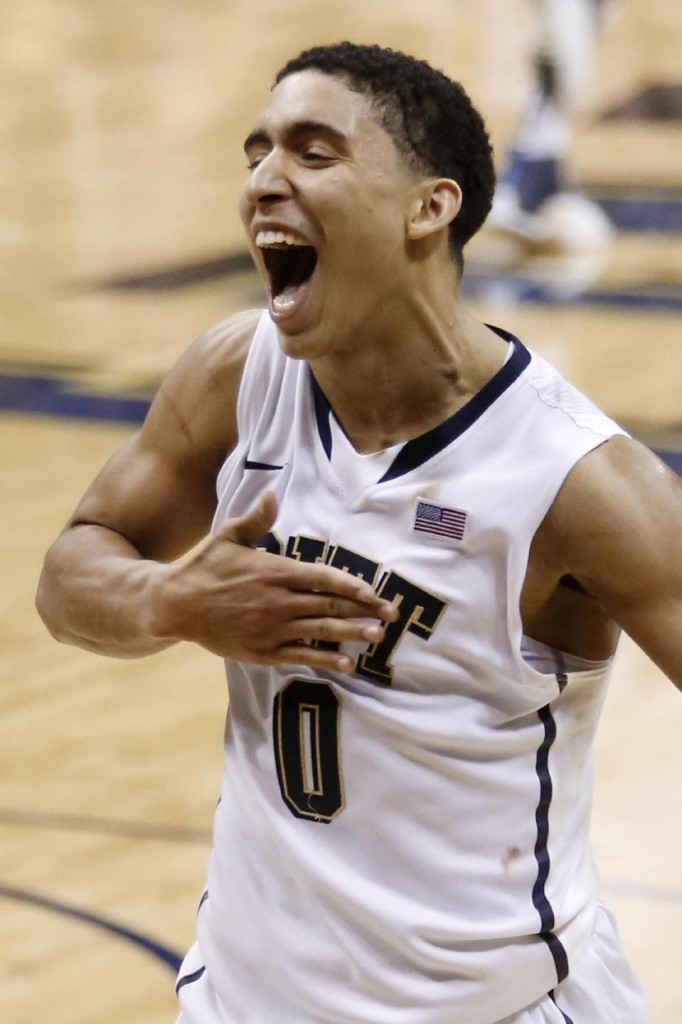 Pitt Panthers’ junior guard James Robinson scored the Panthers first five points of the game, but it was what Robinson did at the end of the game that meant the most as Pitt put an end to a three-game losing streak with a 76-72 upset of No. 8 Notre Dame Saturday afternoon at the Petersen Events Center. Pitt watched an eight-point lead disappear throughout the game’s final three minutes and trailed by one with 12 seconds left after Robinson missed a free throw and Jerian Grant knocked down a ... END_OF_DOCUMENT_TOKEN_TO_BE_REPLACED

Coming into the season, it was expected that we would see more of a scoring role from Pitt’s junior point guard James Robinson. That hasn’t exactly happened. With the Panthers in the middle of a brutal part of their schedule for the next month or so, it goes without saying that if Pitt is to have a chance at reaching the NCAA Tournament, they need a lot more from Robinson. The DeMatha Catholic High School product has long been one of the more underappreciated point guards in the nation. ... END_OF_DOCUMENT_TOKEN_TO_BE_REPLACED

The Pitt Panthers simply do not like to play the Oakland Golden Grizzlies. For the second time in three years the Golden Grizzlies pushed Pitt to the limit, but the Panthers used some excellent free-throw shooting to survive a scare, defeating Oakland 81-77 in overtime for their fourth consecutive victory. The last time Pitt and Oakland met was on Nov. 17, 2012, a 72-62 Pitt win in overtime. The Panthers had to come back from down 18 in the second half in that one. They had to come from ... END_OF_DOCUMENT_TOKEN_TO_BE_REPLACED

After being thoroughly outplayed by San Diego State in the second round of the Maui Invitational by San Diego State, it was going to be interesting to see how Jamie Dixon's Pitt Panthers responded. They responded in very positive fashion by playing their best overall game of the season in a 70-47 victory over a solid Kansas State team Wednesday in the third-place game of the Maui Invitational. James Robinson had 14 points and six assists and led four Pitt (4-2) players in double figures. ... END_OF_DOCUMENT_TOKEN_TO_BE_REPLACED

If you’re around this Pitt basketball team frequently, then you likely have a high appreciation for exactly what Panthers' point guard James Robinson brings to Jamie Dixon's team. If not, you probably just see a guy averaging only 8.3 points and 4.0  assists per game and don't have a full appreciation for exactly how good of a season Robinson is having. If that's the case you are not alone as Robinson could be the most under-appreciated players in all of college basketball. But make no ... END_OF_DOCUMENT_TOKEN_TO_BE_REPLACED

Jamie Dixon’s No. 25 Pitt Panthers' basketball team hasn’t turned in a dominating performance over the course of their last three games. Pitt was hoping that would change with Virginia Tech visiting the Petersen Events Center Saturday afternoon. Unfortunately that wasn’t the case as the 8-14 Hokies (1-9 in ACC play coming in), losers of nine straight games, gave the Panthers all they could handle as Pitt needed a bit of luck to gut out a 62-57 double overtime victory, marking the first ... END_OF_DOCUMENT_TOKEN_TO_BE_REPLACED

No. 22 Pitt and No. 2 Syracuse hooked things up Saturday afternoon in what was the early ACC Game of the Year. Watching the two teams play, it was an ACC game in name early as for 40 minutes it seemed liked just another Big East Conference battle as it turned out to be another Pitt-Syracuse classic. However Syracuse freshman point guard Tyler Ennis played like a senior down the stretch, making two big baskets and sinking two huge free-throws as the Orange stayed unbeaten, handing Pitt ... END_OF_DOCUMENT_TOKEN_TO_BE_REPLACED

Throughout Jamie Dixon's era as the Pitt head coach, we have heard the fact that Pitt is an unselfish and defensive minded team about a thousand times. That mantra has carried the Panthers to outstanding success over the past decade plus, but during Pitt's first season in the ACC, they are taking playing unselfish, great team basketball to another level. One of the reasons that Dixon's teams have always relied on unselfish play is they never really had a go-to guy at the offensive end that ... END_OF_DOCUMENT_TOKEN_TO_BE_REPLACED

Jamie Dixon’s Pitt Panthers made a big statement Saturday afternoon with a convincing 80-65 victory over Wake Forest in ACC action as the Panthers improved to 15-1 on the season and a perfect 3-0 to start their first season in the ACC. It was a game that Pitt dominated from the outset as they led wire to wire as unlike their first two conference games, the Panthers jumped on their opponent quickly from the opening tip. ‘That was nice,” said Pitt point guard James Robinson. “N.C. State ... END_OF_DOCUMENT_TOKEN_TO_BE_REPLACED