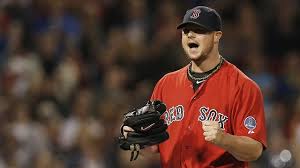 For only the second time in the history of the organization, the Pittsburgh Steelers will officially retire a jersey number to honor a Steeler great. Hall of Fame defensive lineman and the first pick of the Chuck Noll era in 1969, Joe Greene will join fellow Hall of Famer Ernie Stautner as the only Steelers to be granted this special honor, as his No. 75 will officially be retired. Greene, generally considered the cornerstone of the "Steel Curtain" defense and one of the greatest defensive ... END_OF_DOCUMENT_TOKEN_TO_BE_REPLACED

For most, when they think about the city of Pittsburgh the first thing that pops into their mind are the Steelers. The great Steel Curtain Dynasty. People think about greats like Terry Bradshaw, Franco Harris, and Lynn Swann. People think about the Immaculate Reception and the four Lombardi Trophies that Steeler greats hoisted up in the 1970's. But do today's fans stop and think about the importance of the 1970's Steelers? Those teams not only built a football dynasty, but they rebuilt a town. ... END_OF_DOCUMENT_TOKEN_TO_BE_REPLACED

The Steelers have been running the 3-4 defense for years, but it may be time to think about making a change. Sure Dick LeBeau's defense was ranked first in the league statistically in 2012 and things seem to be fine on the defensive side of the ball. Yet with aging defenders and players expected to be on their way out of Pittsburgh in the next few years things are going to change drastically for the Steelers' defense. One change that could be positive is changing the defensive scheme from the ... END_OF_DOCUMENT_TOKEN_TO_BE_REPLACED