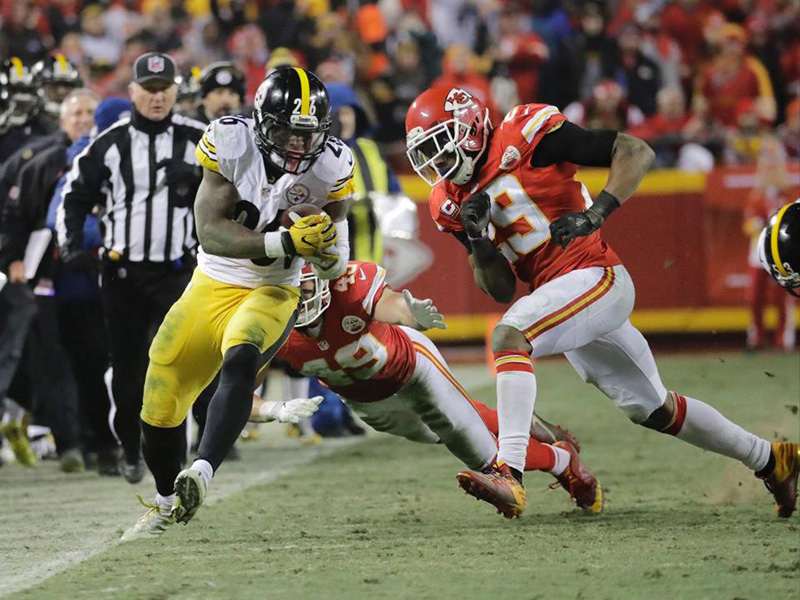 It won't go into the NFL Film vaults as an instant classic, but the Pittsburgh Steelers did just enough to escape with a 18-16 victory over the Kansas City Chiefs on Sunday night. Now, Pittsburgh will finally get their chance at playoff redemption against the New England Patriots when the two teams meet this coming Sunday in the AFC Championship Game. The victory gives the Steelers a shot to end the Patriots' Super Bowl quest on their home field — just like New England did in Pittsburgh in ... END_OF_DOCUMENT_TOKEN_TO_BE_REPLACED

The Pittsburgh Steelers have defied all rival laws and made a trade with the Cleveland Browns, one of their AFC North rivals. The Steelers traded for former Browns’ cornerback Justin Gilbert. The news was first reported by ESPN’s Adam Schefter. The Steelers sent a 2018 NFL Draft sixth-round draft pick to the Browns. Gilbert was drafted in the first round of the 2014 NFL Draft by the Browns with the 18th overall pick. According to Cleveland.com, Browns’ head coach Hue Jackson noted that ... END_OF_DOCUMENT_TOKEN_TO_BE_REPLACED