While the Penguins were busy making a big trade to acquire Toronto Maple Leafs forward Phil Kessel, six of the Penguins free agents found other NHL homes. Defenseman Paul Martin, who was interested in returning to the Penguins, instead signed a four-year contract with the San Jose Sharks, according to ESPN’s Pierre LeBrun. Right-winger Steve Downie has accepted a one-year deal for $1.7 million with the Arizona Coyotes per Sportsnet. That is a modest raise from the $1 million contract he ... END_OF_DOCUMENT_TOKEN_TO_BE_REPLACED 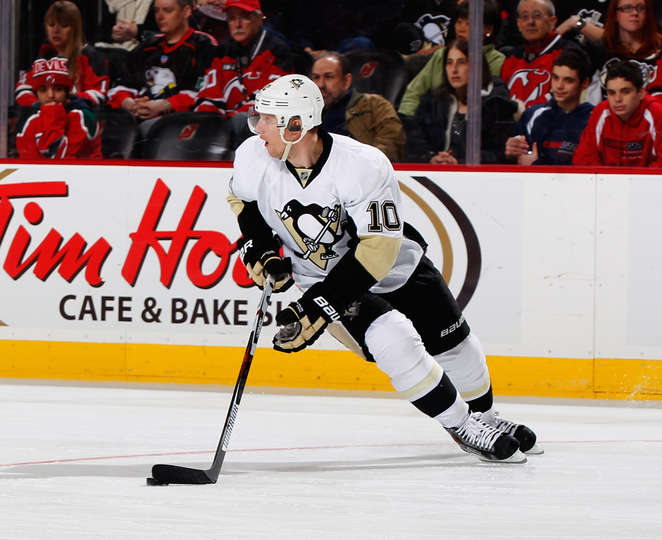 The free agency period is almost here and the Pittsburgh Penguins have some tough decisions to make. The most high profile players that will be eligible for free agency on July 1 will be veteran defensemen Paul Martin and Christian Ehrhoff. Paul Martin: Upon joining the Penguins as a free agent in 2010, Martin’s slow adjustment to then-head coach Dan Bylmsa’s system caused him to become a scapegoat and fans were trying to find ways to get run him out of town. However, he then had an amazing ... END_OF_DOCUMENT_TOKEN_TO_BE_REPLACED 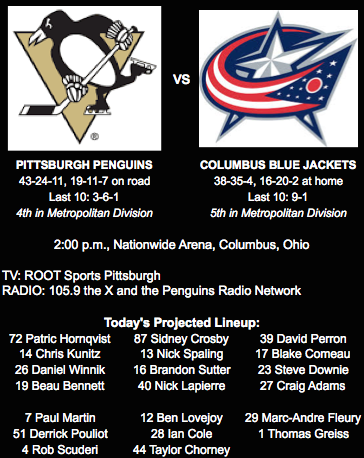 The Pittsburgh Penguins will finally have a full lineup again for today’s 2:00 p.m. faceoff against the Columbus Blue Jackets, as defenseman Taylor Chorney has been recalled from Wilkes-Barre/Scranton of the American Hockey League. With Evgeni Malkin missing Wednesday’s 4-1 loss to Philadelphia with an undisclosed injury, the Penguins were finally able to bring up a defenseman. Chorney, 27, was chosen over prospects Brian Dumoulin and Scott Harrington. The Pens had played their previous ... END_OF_DOCUMENT_TOKEN_TO_BE_REPLACED