Will the Penguins get a compensatory draft pick for the Devils hiring assistant general manager Tom Fitzgerald? No. The new NHL policy that allows teams to seek draft-pick compensation for hired-away executives and coaches only allows teams to be compensated for someone hired to be head coach, general manager or president. When the Devils hired Ray Shero as general manager, the Penguins could have sought compensation but chose not to. They were awarded third-round draft picks when Dan ... END_OF_DOCUMENT_TOKEN_TO_BE_REPLACED

The Pittsburgh Penguins’ jam-packed front office got one person lighter today, as assistant general manager Tom Fitzgerald left to take the same position with the New Jersey Devils. With the Devils, Fitzgerald will be reunited with his old boss, former Penguins general manager Ray Shero, who is now the GM in New Jersey. “Ray has been a good friend and mentor of mine for a long time now even going back to my Nashville days with him,” Fitzgerald said to Tom Gulitti of the North Jersey Record. ... END_OF_DOCUMENT_TOKEN_TO_BE_REPLACED 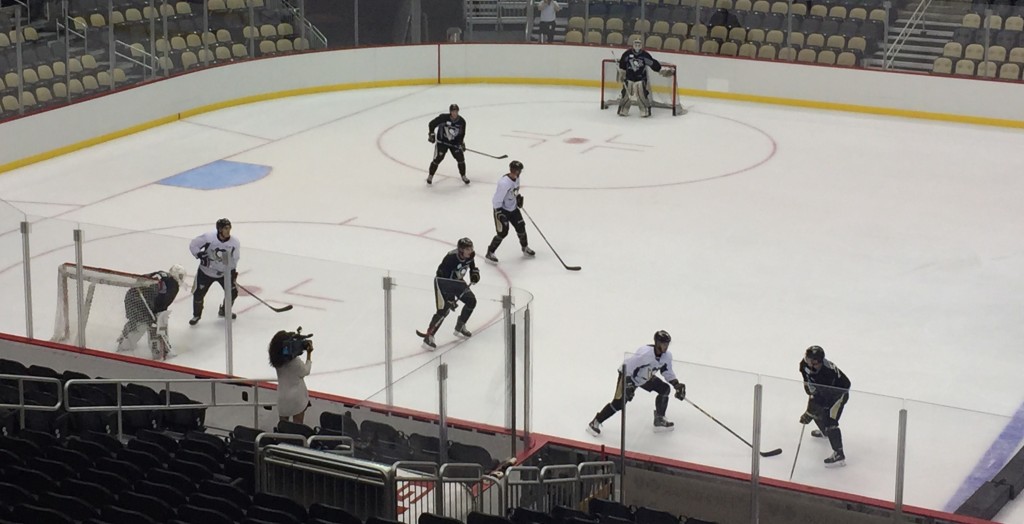 The Pittsburgh Penguins prospects spent their second day of development camp working on skill. The players were organized into a 3-on-3 tournament, with the prospects grouped into four teams and the games played across the width of the rink. The team with Tristan Jarry as their goaltender won the tournament, but the real winners were the Penguins’ cadre of talented but undersized prospects. “3-on-3 is always fun,” center Jean-Sebastien Dea said after the day’s practice session. “I’m a skilled ... END_OF_DOCUMENT_TOKEN_TO_BE_REPLACED