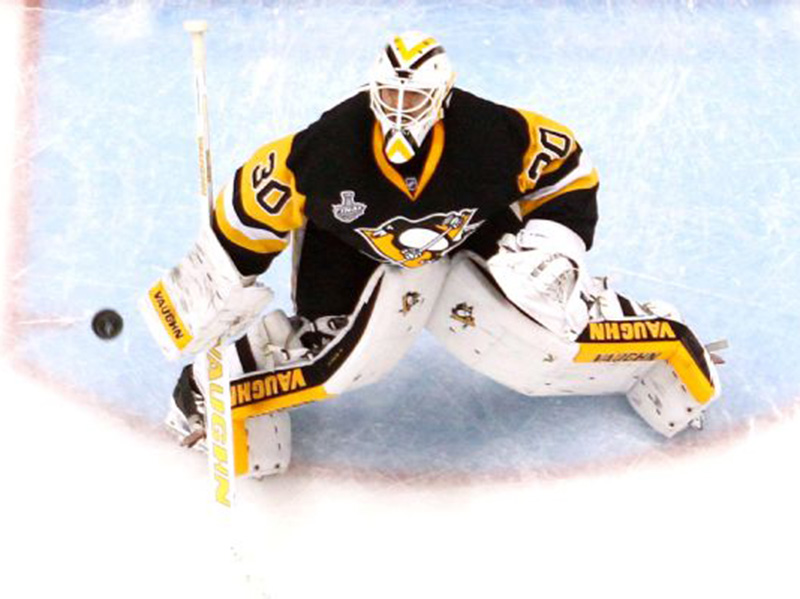 Pittsburgh Penguins goaltender Matt Murray is “week to week” with a lower-body injury, head coach Mike Sullivan said Thursday. Murray suffered the injury in Wednesday night's win over the Carolina Hurricanes, although it's unclear exactly what play Murray was injured on. He left after the second period and was replaced by Marc-Andre Fleury. Murray started the 2016-17 season on the injured reserve because of a broken thumb he suffered in the World Cup of Hockey. But when he returned to the ... END_OF_DOCUMENT_TOKEN_TO_BE_REPLACED

"Every team has injuries. Fortunately we have depth. It provides opportunities. That's what makes teams great," Coach Mike Sullivan said following practice this morning, a day before his Pittsburgh Penguins play host to the New York Rangers. The Penguins have been fortunate enough to have depth in many positions, but their goaltending situation is being stretched to capacity. Marc-Andre Fleury is now day-to-day and will be evaluated daily following a concussion that has kept him out since his ... END_OF_DOCUMENT_TOKEN_TO_BE_REPLACED

This is part two of Pittsburgh Sporting News' 2015 Penguins top-10 prospects. The methodology and part one can be found here. High risk, high reward These players have the potential to make a splash in the NHL some day, but as of now their future is less certain. #6 Jake Guentzel will be a junior at the University of Nebraska-Omaha this year. He has found himself near the top of various national rankings in each of his first two seasons of college hockey and looks like he may be capable ... END_OF_DOCUMENT_TOKEN_TO_BE_REPLACED

The Pittsburgh Penguins faced an interesting paradox this week, as they welcomed their top prospects to Consol Energy Center for their annual development camp. On one hand, they are in the midst of a transition of power in hockey operations, with the Jim Rutherford/Mike Johnston axis looking to put its own stamp on the organization. On the other hand, assistant general managers Tom Fitzgerald and Bill Guerin sought to maintain some continuity for the youngsters they've been working with ... END_OF_DOCUMENT_TOKEN_TO_BE_REPLACED