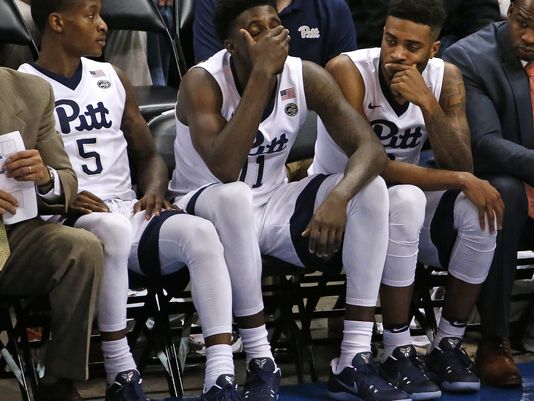 Only three days after handing the Maryland Terrapins their first loss of the season, the Pittsburgh Panthers were upset by their local rivals, the Duquesne Dukes, 64-55. Notably absent from the game for Pitt was senior guard Jamel Artis. However, Panthers head coach Kevin Stallings said the guard's absence was only a “one-game thing.” “Hopefully we don’t have to be without him very much,” Stallings said. “He’s a pretty good player, and his numbers speak to that. We have to do as a team ... END_OF_DOCUMENT_TOKEN_TO_BE_REPLACED 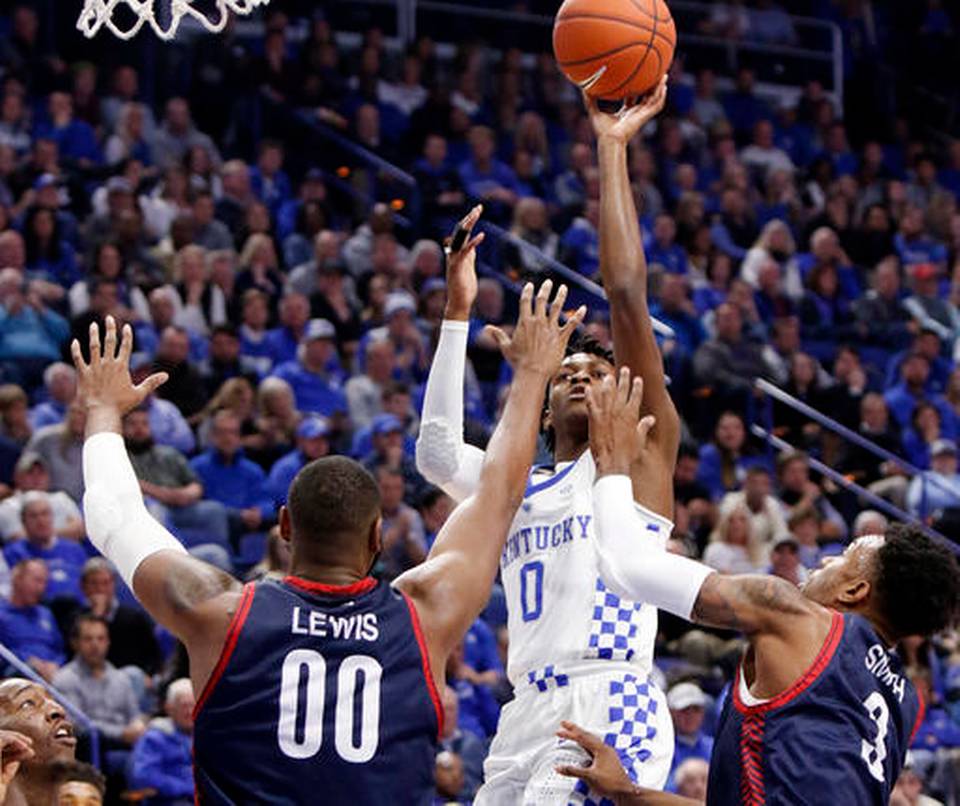 Sunday night at Rupp Arena, the No. 2 (AP) Kentucky Wildcats (4-0) defeated the Duquesne Dukes (2-3) 93-59, led by a balanced Wildcats offensive effort. Freshman guard De’Aaron Fox led Kentucky and the floor with 16 points. Kentucky shot 46.1 percent from the field behind five players, including Fox, who put up double figures. The Dukes were led by graduate guard Emile Blackman, who had 13 points. Sophomore guard Tarin Smith contributed 10 points, and Duquesne shot 30.4 percent from the ... END_OF_DOCUMENT_TOKEN_TO_BE_REPLACED

The Duquesne Dukes (1-0) will look for their second win of the regular season when they travel to take on the Penn State Nittany Lions (0-1) at the Bryce Jordan Center on Saturday night at 6 p.m. EST. The Dukes won the last contest between the two teams, besting the Nittany Lions 78-52 at the former CONSOL Energy Center on Nov. 20, 2015, behind Derrick Colter’s career-high 26 points. Duquesne returns two starters — senior center Darius Lewis and junior forward Eric James — from the ... END_OF_DOCUMENT_TOKEN_TO_BE_REPLACED

The Duquesne Dukes men’s basketball team (1-0) started off the season strong, looking down the bench for depth to defeat the Loyola Maryland Greyhounds (0-1) 65-60 on Friday at the Palumbo Center. Sophomore guard Tarin Smith led the Dukes in scoring — tying his career-high of 13 points — followed by graduate guard Emile Blackman and freshmen guards Mike Lewis II and Spencer Littleson, who all contributed eight points to the team's total. Junior forward Eric James and freshman forward Isiaha ... END_OF_DOCUMENT_TOKEN_TO_BE_REPLACED

Head coach Pat Chambers enters his sixth season at the helm of the Penn State Nittany Lions men's basketball program. The 2016-17 edition of Nittany Lions basketball features a roster made up of 14 players, none of whom are seniors. Led by junior guard Shep Garner, the Penn State squad is anchored by the return of five letterwinners, three of whom started in over 60 percent of the team's games last year. Garner started in 32 games last year, and juniors Payton Banks and Josh Reaves started in ... END_OF_DOCUMENT_TOKEN_TO_BE_REPLACED

The Duquesne men’s basketball team put up an equal scoring effort in Saturday's exhibition game against the Mansfield Mountaineers, but it proved to be insufficient to win the contest. Led by senior forward Jeremiah Worthem’s double-double performance of 25 points and 12 rebounds, the Mountaineers overpowered the Dukes, 79-74, at Palumbo Center,  Leading the Dukes, senior center Darius Lewis and freshman guard Mike Lewis II both netted 14 points. It was a double-double for Lewis II, who ... END_OF_DOCUMENT_TOKEN_TO_BE_REPLACED

In their first and only exhibition contest of the season the Duquesne Dukes play host to the Mansfield Mountaineers on Saturday at 2 p.m. EDT. The Dukes will look to use the Division II Mountaineers to prepare for Duquesne's Nov. 11 season opener against Loyola Maryland (0-0). Duquesne head coach Jim Ferry led the 2015-16 squad to an even 17-17 record, posting the most wins during his time on the Bluff. Ferry, in his fifth season at Duquesne, added to the roster a recruiting class of four ... END_OF_DOCUMENT_TOKEN_TO_BE_REPLACED

Duquesne will open the 2016-17 Atlantic 10 season at Fordham on Dec. 30 - marking the Dukes earliest conference start since 1993-94 - it was announced by the conference office as part of the league schedule released today. Eight of DU’s 18 conference games will be televised including home games vs. VCU (Jan. 4 on ASN), Dayton (Jan. 14 at CONSOL Energy Center on CBSSN), Rhode Island (Jan. 21 on NBCSN), St. Bonaventure (Feb. 1 on ASN) and George Washington (Feb. 19 on NBCSN). Duquesne’s ... END_OF_DOCUMENT_TOKEN_TO_BE_REPLACED

The Duquesne men’s basketball team will start its season with a school-record eight games in November, including a matchup with the University of Kentucky, according to the 2016-17 non-conference season schedule that was released today. The Dukes, who finished 10-3 in regular season non-conference games last season, tip-off their 101st season at home against Loyola Maryland on Friday, Nov. 11. Duquesne, part of the Atlantic 10 conference, then travels to State College, PA to face Penn State ... END_OF_DOCUMENT_TOKEN_TO_BE_REPLACED

Through three years as Duquesne women's basketball coach, Dan Burt has consistently improved the program to the point of the team's first ever NCAA Tournament berth last season. Duquesne has rewarded his commitment and improvement with an extension through the 2023-24 season. Burt is 71-30 overall with a 35-10 Atlantic 10 record in three seasons. "I would like to thank President Dougherty, incoming President Ken Gormley, the Board of Trustees and our Athletic Director, Dave Harper for ... END_OF_DOCUMENT_TOKEN_TO_BE_REPLACED