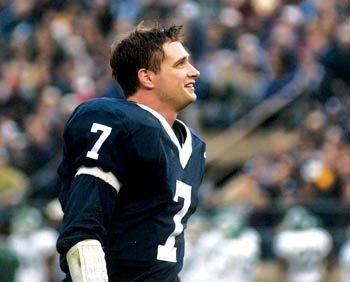 Good morning, Pittsburgh. Here's your day in sports for Tuesday, October 27, 2015. What's on tap for today: Steelers head coach Mike Tomlin and Penn State head coach James Franklin each have their weekly press conferences this afternoon. Tomlin's 4-3 Steelers have a tall test as the unbeaten Cincinnati Bengals come to town next week. The 6-2 Nittany Lions, meanwhile, will host 4-3 Illinois as they return from a narrow victory over Maryland. Pittsburgh headlines: The fallout ... END_OF_DOCUMENT_TOKEN_TO_BE_REPLACED

Good morning, Pittsburgh. Here's your day in sports for Saturday, October 3, 2015. What's on tap for today: Pitt (2-1) will visit the Virginia Tech Hokies (2-2) for their first ACC contest of the 2015 season. Freshman running back Darrin Hall will be out with a leg injury for the Panthers, while the Hokies will be without star cornerback Kendall Fuller. Kickoff is at noon. ROOT Sports Pittsburgh Penn State (3-1) will host Army (1-3) for their fourth straight home game at Beaver Stadium. ... END_OF_DOCUMENT_TOKEN_TO_BE_REPLACED

Good morning, Pittsburgh. Here's your day in sports for Saturday, September 26, 2015. What's on tap for today: The Chicago Cubs (89-64) clinched a playoff berth yesterday anyway, despite losing to the Pirates (94-60), as the San Francisco Giants lost to the Oakland A's last night. The Pirates got some help of their own as the Milwaukee Brewers beat the St. Louis Cardinals to bring the Pirates to three games out of first place. Even more worrisome for the Cardinals is the potential loss ... END_OF_DOCUMENT_TOKEN_TO_BE_REPLACED

Good morning, Pittsburgh. Here's your day in sports for Monday, September 14, 2015. What's on tap for today: The Pirates (86-56) will play their first two games of their four game series against the Chicago Cubs in the first doubleheader of the 2015 season for the Bucs. Gerrit Cole and J.A. Happ will take the mound for the Pirates. First pitch its at 1:35 p.m. The second game is expected to start around 7:05 p.m. ROOT Sports Pittsburgh. Steelers (0-1) head coach Mike Tomlin will have ... END_OF_DOCUMENT_TOKEN_TO_BE_REPLACED

The Wheeling Nailers have signed their second player for the 2015-16 season, and it’s a familiar face to many Pittsburgh-area hockey fans. Former Robert Morris Colonials captain Cody Wydo will re-join the Nailers for his first full professional season in 2015-16. Wydo, 24, played in all 37 games for the Colonials in 2014-15, leading the team in goals (20), assists (23) and points (43). Over his senior season, Wydo became the program’s all-time leading scorer and first-ever Hobey Baker ... END_OF_DOCUMENT_TOKEN_TO_BE_REPLACED 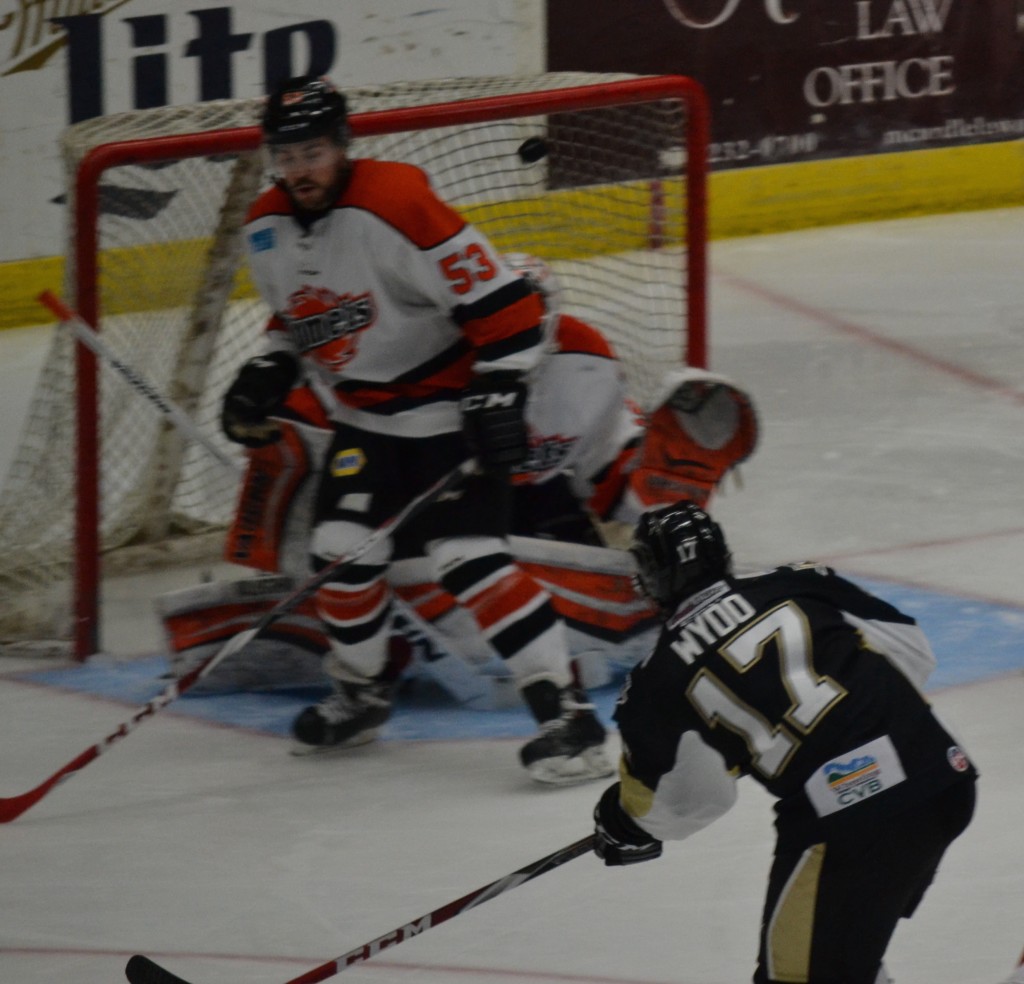 Former Robert Morris captain Cody Wydo made his professional debut with the Wheeling Nailers on Friday night, and he did it in style. Wydo scored a goal and an assist to lead the Nailers to a 2-1 victory over the Fort Wayne Komets. Several RMU students and a large group of his teammates made the 60-mile trip to Wheeling to cheer him on and Wydo, the school’s all-time leading scorer and a Hobey Baker finalist, didn’t disappoint. The game was tight checking and scoreless through the first ... END_OF_DOCUMENT_TOKEN_TO_BE_REPLACED

Outgoing Robert Morris hockey captain Cody Wydo is expected to sign with the Wheeling Nailers of the ECHL, according to sources close to the situation. Wydo, 23, is the Colonials' all-time leading scorer and will join the Nailers this week, most likely making his professional debut this coming weekend. Wydo is one of ten finalists for the Hobey Baker Award, which is given annually to the best college hockey player in the nation. He is the first finalist for the award that Robert Morris has ... END_OF_DOCUMENT_TOKEN_TO_BE_REPLACED

After a few weeks off, we are back with a live video cast! Join the guys as they discuss numerous topics, including previewing the Ravens/Steelers game on Sunday Night Football! ... END_OF_DOCUMENT_TOKEN_TO_BE_REPLACED

With the Pittsburgh Penguins ready to kick off their 2014-15 season, Wednesday turned out to be a good day for one of its affiliates. Wheeling Nailers Governor Don Rigby announced that the team has agreed to a three-year extension with WesBanco Arena and the City of Wheeling. The deal guarantees that the Nailers will stay in Wheeling through the 2017-18 season. Rigby also announced at the Nailers 2014 State of the Team Event, that head coach Clark Donatelli has received a three-year ... END_OF_DOCUMENT_TOKEN_TO_BE_REPLACED

The Wheeling Nailers continue to load up their roster for the 2014-15 season, recently adding two more bodies to the mix in center Jarrett Burton and defenseman Brendan Rempel. Burton, a 23-year old two-way center joined the Nailers at the conclusion of the 2013-14 season, after a four-year collegiate career at Clarkson University. He didn't see much ice time in Wheeling last season, but had a solid collegiate career. Burton scored 12 goals in 35 games as a junior, before scoring 11 goals ... END_OF_DOCUMENT_TOKEN_TO_BE_REPLACED