Throughout the history of the Steelers, there have been numerous special players that called the defensive backfield their home. But like always, we want to know who the best was. The three players we are going to compare are Mel Blount, Rod Woodson and Troy Polamalu. 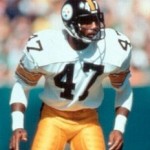 Blount was drafted by the Steelers in the third round of the 1970 Draft. The Hall-of-Fame corner played 14 seasons in the NFL all for the Steelers. In his career, Blount was voted to the Pro-Bowl five times and was an All-Pro twice. He won the Defensive Player of the Year award in 1975, was selected to the 1980s All-Decade Team and the NFL’s 75th Anniversary Team. Blount retired with 57 interceptions with four more in the postseason and scored two touchdowns. 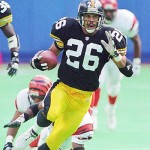 Woodson was selected with the 10th overall pick in the 1987 Draft and went on to have a very long illustrious career. Woodson played for three teams other than the Steelers, however for this debate, we will only focus on the years he spent in Pittsburgh. Woodson played 10 seasons with the Steelers and was elected to seven Pro-Bowls, five All-Pros and won the 1990 Defensive Player of the Year Award. Woodson is a member of the NFL’s 75th Anniversary Team, the 1990s All-Decade Team and the Pro-Football Hall of Fame. In his 10-year stint with the Steelers, Woodson recorded 38 interceptions with one more coming in postseason play and scored six defensive touchdowns. 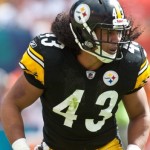 Polamalu was the 16th overall pick in the 2003 Draft. Polamalu, who recently retired, played his entire 12-year career with the Steelers. Polamalu finished his career with 32 interceptions, with three more coming in the postseason and scored five touchdowns. During his career, Polamalu went to eight Pro-Bowls and was elected to four All-Pro Teams. He is also a member of the 2000s All-Decade Team and is considered by many to be a lock for the Hall of Fame.

When considering who the best, team success shouldn’t be ignored, so let’s take a look at team defense and the team’s postseason success. During Polamalu’s career, the defense finished in the top five of the league in points allowed six times and finished eight times in the top five for yards allowed. Also during this time period, the Steelers went to three Super Bowls and won two of them.

As for Blount, the team finished in the top five in points and yards allowed seven times each. Blount was a part of the famed “Steel Curtain” defense that won four Super Bowls.

Based on these statistics, I believe Polamalu was the best of the three. Woodson’s down fall is the lack of postseason success and the fact that his overall skills do not compare to Polamalu’s. I do believe if this was strictly a debate about who was better at pass coverage, that Woodson would win hands down. Now Blount is tough because he was a very physical corner due to his size and strength. However, he did play majority of his career during a time when you could really get physical with the receivers. Blount also happened to play on a team that is considered by many to be the greatest ever assembled. When Blount played, the majority of his team would play in the Pro-Bowl with him every year, whereas Polamalu didn’t have that kind of help around him.

If you don’t believe me, here’s what Dick LeBeau had to say about Polamalu to Steelers.com.

“Troy has the most versatility of any of the (defensive) backs that I’ve coached. He literally could do anything…I couldn’t find a weakness in Troy, and that’s a true blessing from a defensive coordinator’s standpoint.”