WAYNESBURG, Pa. – For the second time in as many days, the Waynesburg University football team made the move from a team receiving votes in a national top 25 poll, to jumping into the 25 best teams in Division III.

The American Football Coaches Association (AFCA) listed the Jackets as their number-23 team after pulling out a 21-20 victory at Geneva. Waynesburg was last listed in the AFCA top 25 back in 2007, and is the only team in the rankings with eight victories (8-0).

Waynesburg will look to improve on its number-23 ranking on Saturday, when the Jackets host Presidents’ Athletic Conference (PAC) rival Westminster at 1:30 p.m. 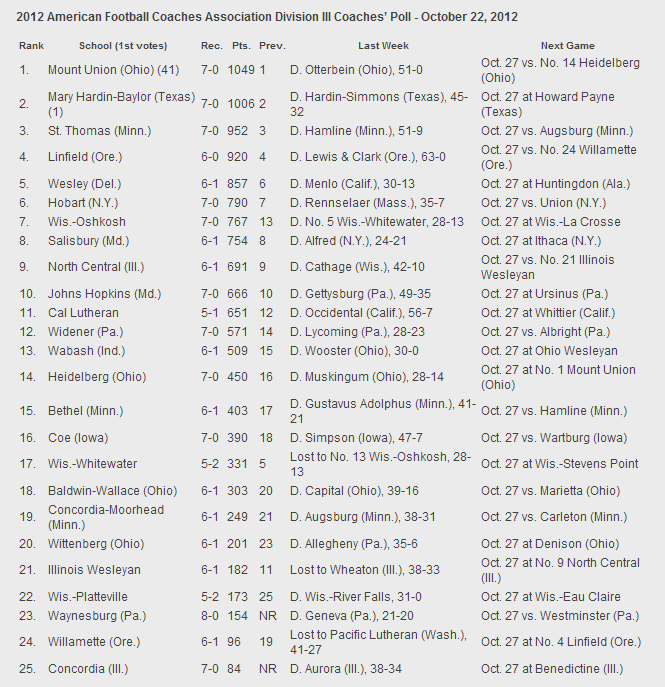