Pittsburgh ... we're here. No, I haven't suddenly turned into Bray Wyatt (wrestling is still real to me, dammit!), rather it's the most important week for the Pirates in the 2016 season. Before heading into the All-Star break, the Pirates travel to St. Louis for four games before hosting the Chicago Cubs for three entering the mid-summer classic. Make or break time for the Pirates. Coming off a series sweep of the Oakland Athletics where the Pirates earned come-from-behind wins in all ... END_OF_DOCUMENT_TOKEN_TO_BE_REPLACED

When Jim Rutherford was brought in to be the new general for the Pittsburgh Penguins, it was thought to be a stop-gap move. After a letdown first season on the job with then-head coach Mike Johnston manning duties behind the bench, Rutherford turned the Penguins into a Stanley Cup-caliber team. It played out on the ice, too, as the Penguins defeated the San Jose Sharks for their fourth Stanley Cup in franchise history. As the NHL free agency opens up, it was Rutherford who inked the first ... END_OF_DOCUMENT_TOKEN_TO_BE_REPLACED

After enjoying the week basking in their Stanley Cup Final win over the San Jose Sharks, it's almost time to get back to business for the Penguins, as the offseason decisions on who stays and who goes have to be made soon. Before the big free agency decisions get made, the Penguins will at least know when they will raise their championship banner, as the team announced on Monday that they will open the 2016-2017 season at home against the Washington Capitals on Thursday, October 13. The ... END_OF_DOCUMENT_TOKEN_TO_BE_REPLACED 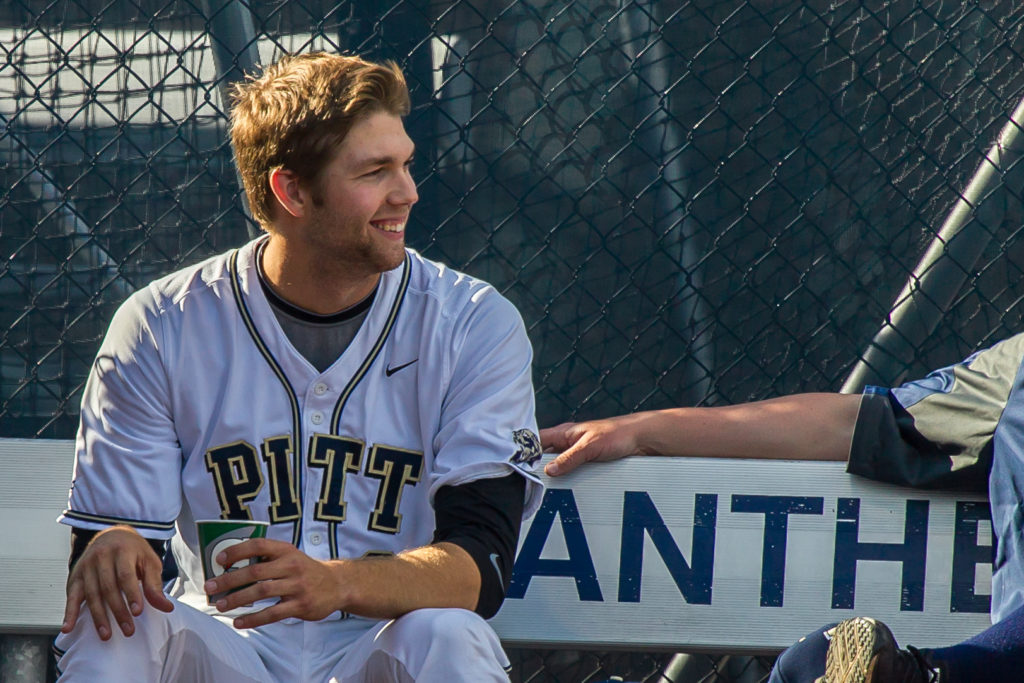 Dan Marino, Tony Dorsett, Tyler Boyd, Steven Adams, Larry Fitzgerald DeJuan Blair … Allen Lachowicz? When you think of notable Pitt athletes, Lachowicz isn’t the first to come to mind. Drafted by the Texas Rangers with the 24th pick in the 1981 MLB Draft, Lachowicz is the last Pitt baseball player to be selected in the first round of baseball's draft. If all goes well, that could change Thursday with Pitt pitcher T.J. Zeuch. Zeuch, a 6-foot 7-inch 225-pound, 20-year-old junior ... END_OF_DOCUMENT_TOKEN_TO_BE_REPLACED

On the eve of the MLB Draft, the former No. 2 overall selection in the 2010 draft by the Pittsburgh Pirates will make his long-awaited debut at PNC Park, as pitching prospect Jameson Taillon will toe the rubber against the New York Mets in the finale of the three-game set in Pittsburgh. Crazy to think of how many people worked so hard with me and helped me on this journey! But, this journey is still just beginning! — Jameson Taillon (@JTaillon19) June 7, 2016 Taillon, who was drafted ... END_OF_DOCUMENT_TOKEN_TO_BE_REPLACED

Was Francisco Cervelli going to be the next Russell Martin? For a while, it looked that way, as there were no talks of an extension between the Pirates and Cervelli in his contract year. That all changed on Tuesday afternoon, as the Pirates announced they have agreed to terms with Cervelli on a three-year contract extension that would keep the fan-favorite catcher in the city through 2019. The deal is believed to be for $31 million, according to Jeff Passan of Yahoo! Sports. Sources: ... END_OF_DOCUMENT_TOKEN_TO_BE_REPLACED

The Pirates say that Tyler Glasnow has to work on his control and consistency with his third pitch, a changeup. Glasnow seems to have taken note of their wishes and it showed on the field. Glasnow was named the International League Pitcher of the Week for April 25 to May 1. During that time, Glasnow whiffed 18 batters over 11 innings, while leading his team to two victories. On the season, Glasnow has 37 strikeouts, which leads Triple-A. Another week, another award! Tyler Glasnow is the IL ... END_OF_DOCUMENT_TOKEN_TO_BE_REPLACED

Fresh off of a 2-3 performance with two runs in the Pirates 4-1 Opening Day win over the St. Louis Cardinals, Gregory Polanco reportedly has something else fresh today - the ink on his newly-signed contract extension. According to a report Yahoo! Sports Jeff Passan, Polanco and the team have agreed to a five-year contract extension with club options, locking up the 24-year-old outfielder. The deal would follow suit with previous moves by the Pirates when they locked up Starling Marte and ... END_OF_DOCUMENT_TOKEN_TO_BE_REPLACED

When IUP and West Chester's men's teams met on Nov. 22, the Crimson Hawks were a different team. This was long before they hit their stride, most notably compiling a 13-game winning streak. On March 5th, the Crimson Hawks were vastly improved heading into the rematch against the Golden Rams in the PSAC semifinals. Unfortunately for IUP, the result was the same as before. West Chester's Matt Penecale hit a game-winning layup at the buzzer in overtime, smashing the hearts of the Crimson ... END_OF_DOCUMENT_TOKEN_TO_BE_REPLACED

California and IUP just simply wanted another piece of each other to intensify their longstanding rivalry. The PSAC West foes each scored victories in their semifinal matchups Saturday afternoon, setting up a third meeting this season. This time it will be for PSAC women's basketball championship. IUP took on West Chester in the first of two semifinal matchups looking to make their first PSAC championship game appearance since 2009, and exact revenge from last year's PSAC semifinal. In ... END_OF_DOCUMENT_TOKEN_TO_BE_REPLACED