For Le'Veon Bell, the good news is that he didn't tear his ACL, as many speculated when he first took his hit along the sideline during the Steelers loss to the Bengals. The bad news, though, is that according to multiple reports, first reported by Steelers Depot, is that Bell tore his MCL and will be out for the season. Source: Le’Veon Bell Suffered A Torn MCL, Believes Season Is Over https://t.co/UrqomhY2Xx — Steelers Depot (@Steelersdepot) November 2, 2015   Jason La Canfora, of ... END_OF_DOCUMENT_TOKEN_TO_BE_REPLACED

The crowd roared when Ben Roethlisberger's name was announced prior to the Steelers game against the Bengals. Finally, the offense was going to be complete for the first time this year with Ben, Le'Veon Bell, Antonio Brown and Martavis Bryant. That lasted less than a half, as Bell was carted off the field after a horrible looking injury to Bell on the sideline. Bell was headed up the sidelines when he was tackled and his knee was folded underneath him. Le'Veon Bell exited today's game ... END_OF_DOCUMENT_TOKEN_TO_BE_REPLACED

Pirates centerfielder Andrew McCutchen is the winner of the 2015 Roberto Clemente Award. The Clemente Award is given annually to the Major League Baseball player that "best exemplifies the game of baseball, sportsmanship, community involvement and the individual's contribution to his team.” For McCutchen, winning the award was special, not only because of the honor in being selected, but because of who it is named after. “I feel like it means a bit more to me ... because of it being ... END_OF_DOCUMENT_TOKEN_TO_BE_REPLACED

The last time that Pascal Dupuis took the ice for the Pittsburgh Penguins, he skated off a winner, as the Penguins beat the New York Rangers, 3-2. That was November 15, 2014. Since then, it's been a losing battle for Dupuis that has kept him off the ice. Doctors found a blood clot in Dupuis' lung shortly after, requiring six months of blood thinners and putting Dupuis on the shelf. Then, as the Penguins prepared to open the 2015-2016 season, Dupuis was diagnosed with a lower-body injury that ... END_OF_DOCUMENT_TOKEN_TO_BE_REPLACED

Kickers are a dime a dozen, right? Well, maybe Pittsburgh fans felt that way prior to this year, but don't say that to any fans now. After a tumultuous start to the season, which featured three kickers no longer on the team and trading away a late-round draft pick for the longtime Jacksonville Jaguars reliable veteran kicker Josh Scobee, the Steelers finally found success in the kicking game with Chris Boswell. In his second week with the team, after the Steelers cut Scobee and lost Shaun ... END_OF_DOCUMENT_TOKEN_TO_BE_REPLACED

Good morning, Pittsburgh. Here's your day in sports for Tuesday, October 20, 2015. What's on tap for today: For the only time this regular season, the Penguins (2-3-0) will host the Florida Panthers (3-2-0) at Consol Energy Center. Coming up north with the Panthers will be longtime Pens right-winger and second-leading all-time scorer Jaromir Jagr (above). Opening faceoff between the Pens and the Cats will be at 7:00 p.m. Pittsburgh headlines: Reaction from the Steelers (4-2) big ... END_OF_DOCUMENT_TOKEN_TO_BE_REPLACED

Good morning, Pittsburgh. Here's your day in sports for Thursday, October 8, 2015. What's on tap for today: With the city in mourning over the Pirates playoff loss last night, hockey season couldn't come at a better time. The Penguins will get their season started with a visit to Dallas to take on the Stars tonight at 8:30 p.m. ROOT Sports Pittsburgh Pittsburgh headlines: The Pirates 4-0 loss to Jake Arrieta and the Chicago Cubs last night ended their season at home in the Wild ... END_OF_DOCUMENT_TOKEN_TO_BE_REPLACED 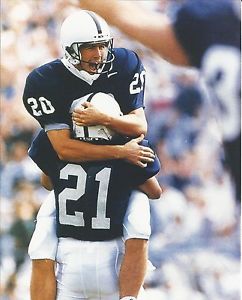 Good morning, Pittsburgh. Here's your day in sports for Monday, September 28, 2015. What's on tap for today: Steelers head coach Mike Tomlin will hold his weekly press conference today at noon, and more information is expected to be revealed about the extent of starting quarterback Ben Roethlisberger's left knee injury and how the Steelers plan to move past the loss of their franchise player. ROOT Sports Pittsburgh The Penguins (2-2-0) will travel to Quebec City, Quebec for the first ... END_OF_DOCUMENT_TOKEN_TO_BE_REPLACED

Good morning, Pittsburgh. Here's your day in sports for Wednesday, September 22, 2015. What's on tap for today: Pirates (91-60) couldn't get the help they needed to clinch a playoff spot last night, but they can do it on their own accord tonight. The Colorado Rockies (63-88) again stand in the way. Charlie Morton will face Christian Bergman at 8:40 p.m. ROOT Sports Pittsburgh. Pittsburgh headlines: The Pirates staked J.A. Happ to an early lead, and he and the bullpen cruised to a 6-3 ... END_OF_DOCUMENT_TOKEN_TO_BE_REPLACED

Quarterback Ben Roethlisberger threw for 252 yards and two touchdowns in the first half to catapult the Pittsburgh Steelers to their first win of the season, a 43-18 trouncing against the San Francisco 49ers Sunday at Heinz Field. Playing in front of the largest regular season crowd in Heinz Field history, Roethlisberger gave them more than enough to cheer and be happy about throwing for 369 yards and three touchdowns for the game. Leading the receiving core for the Steelers for was Antonio ... END_OF_DOCUMENT_TOKEN_TO_BE_REPLACED