The Duquesne women (26-4) defeated Fordham (14-17) 70-65 tonight in the last quarterfinal of the Atlantic 10 Women’s Basketball Championship in Richmond, Virginia.

“That’s March,” head coach Dan Burt said. “I expected nothing less from that game. “April and Dev willed us to victory, along with our starting five and everyone who played. The most important number now is one. Now it’s all about facing Saint Louis tomorrow.”

Duquesne advances to the Championship semifinals to face #2 Saint Louis tomorrow at 1:30 p.m. 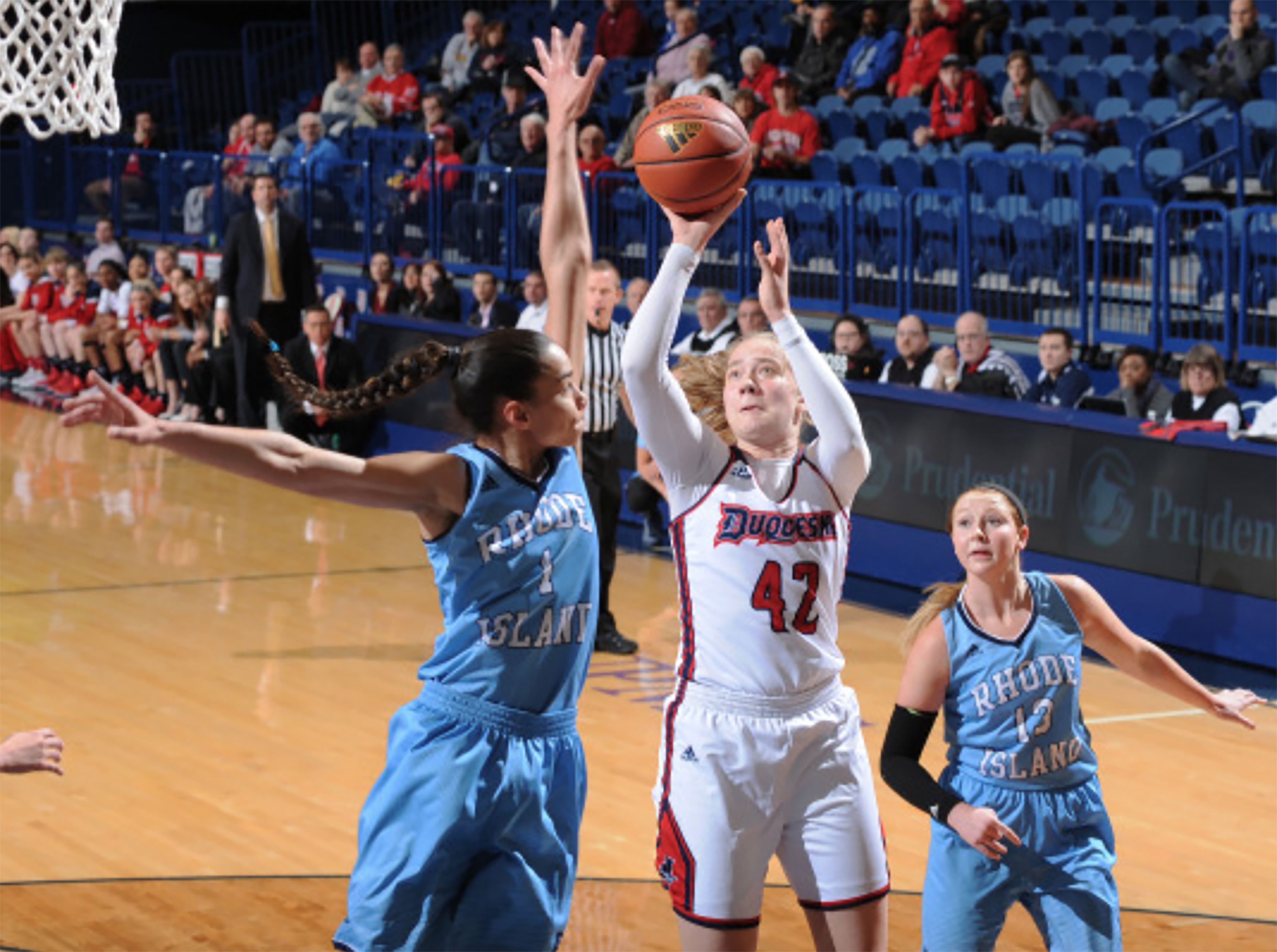