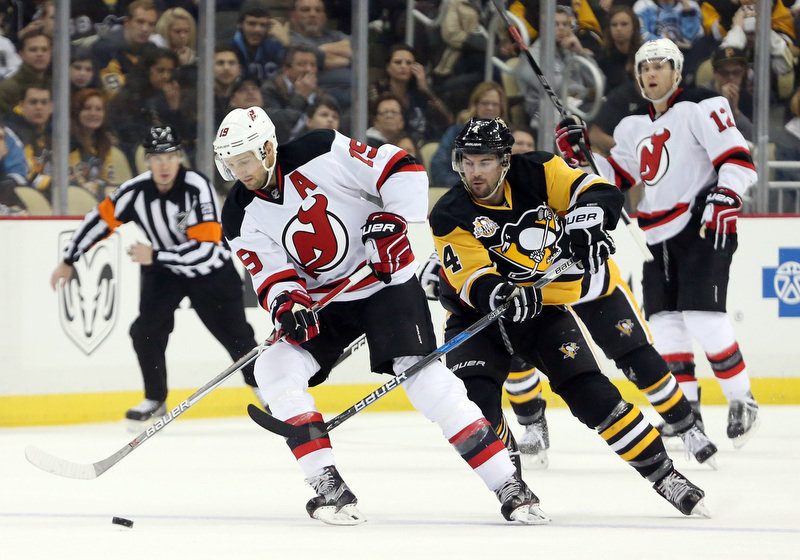 Just a night ago the Pittsburgh Penguins (22-8-5) were pummeled by their division foe, the Columbus Blue Jackets, who, with the win, took over the lead in the Metropolitan Division. But just 24 hours later, the Penguins rebounded against the New Jersey Devils (13-14-7), winning 4-1.

Sidney Crosby is firing on all cylinders, and he scored his league-leading 24th goal of the season against New Jersey. Friday’s game marked the eighth time this season Crosby has scored the first goal of the game, a catalyst to getting Pittsburgh’s offense rolling.

“I think (Crosby) gets momentum in games for us so much so often,” said head coach Mike Sullivan. “I don’t know if you guys notice, but we tend to start him a fair amount. He’s the heartbeat of this team, and he’s inspiring to the group.”

Even after the 7-1 drubbing at the hands of the Blue Jackets, there’s no real reason to be concerned about this team. Sure, they’ve become inconsistent in a few aspects of their game, and, yes, injuries are causing problems. But this team has rebounded after just about every loss. Sullivan said he’d “give credit to our leadership group… we trust this group of players.”

Sullivan continued: “They always respond the right way, they’re a proud group and always have high expectations of one another, and I think it starts there.”

Pittsburgh may not be at the top of the division, but, heading into the holidays, it has found itself just a point behind first place in the Metropolitan Division.

In the game against New Jersey, Pittsburgh did a much better job of controlling the puck and the game tempo. With Crosby’s opening powerplay goal, the Penguins immediately seized the momentum — it also helped that they were playing at PPG Paints Arena.

Regardless, Pittsburgh was able to play the kind of hockey the team is built for. The Devils gave the Penguins enough space on the ice to pass and find shooting lanes. New Jersey’s goalie, Cory Schneider, faced 39 shots and made 35 saves in his 11th loss this season.

His counterpart, Penguins netminder Marc-Andre Fleury, has had back-to-back solid performances. While Matt Murray had an abysmal game against Columbus (he allowed six goals), it looks like Fleury has begun to adjust better and is cutting down on his sporadic starts and inconsistent time in front of the net.

It’s the Happiest Time of the Year

The Penguins really have given fans a lot of reasons to by happy this holiday season. Pittsburgh has one of the NHL’s best offenses, a defense that (when playing smart) can be an incredible boost to the offense and two goalies who are Stanley Cup Champions.

The Penguins have put together one of the better records in the league — but they have a lot more work ahead of them.The second half of the season is just around the corner.

A lot can go wrong, but, with such a resilient team, Sullivan and his team have a good shot at chasing the division title.

The Pittsburgh Penguins will face the New Jersey Devils once again Tuesday on the road. The first puck drop is scheduled for 7:00 p.m. EST.