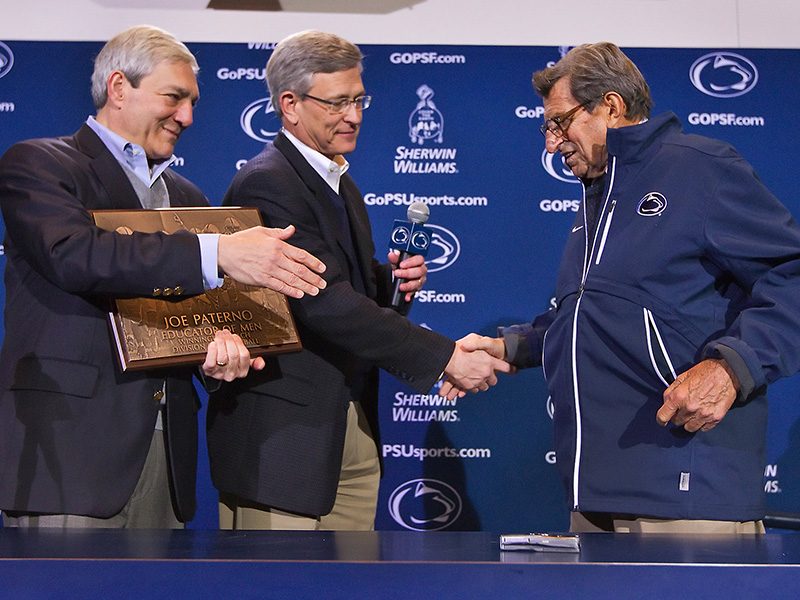 Both Curley and Shultz are set to stand trial along with former Penn State president Graham Spanier next week for their roles in the Jerry Sandusky case. No plea has yet been made for Spanier as he awaits his trial and continues to maintain his innocence.

The guilty pleas are directly related to a report made by former assistant coach Mike McQueary alleging he saw Jerry Sandusky sexually assaulting a boy in a shower at Penn State in early 2001. He then reported what he saw to then-head coach Joe Paterno, who, in turn, reported it to Curley, the athletic director at the time.

From a timing standpoint, it is possible that Curley and Schultz might testify on behalf of the prosecution during Spanier’s trial set to begin next week.

While Curley and Schultz have stayed under-the-radar as they await their trial, that can’t be said for others involved. Sandusky has found himself convicted of dozens of charges involving child abuse, although the charge involving what allegedly happened at Penn State was thrown out. McQueary recently won a civil case against Penn State for $7.3 million in damages stemming from his role in the Sandusky case and his inability to find work elsewhere since then.

The misdemeanor charges for Curley and Shultz carry up to a $10,000 penalty as well as up to five years in prison, depending upon their sentencing. The two are set to be sentenced in 90 days.