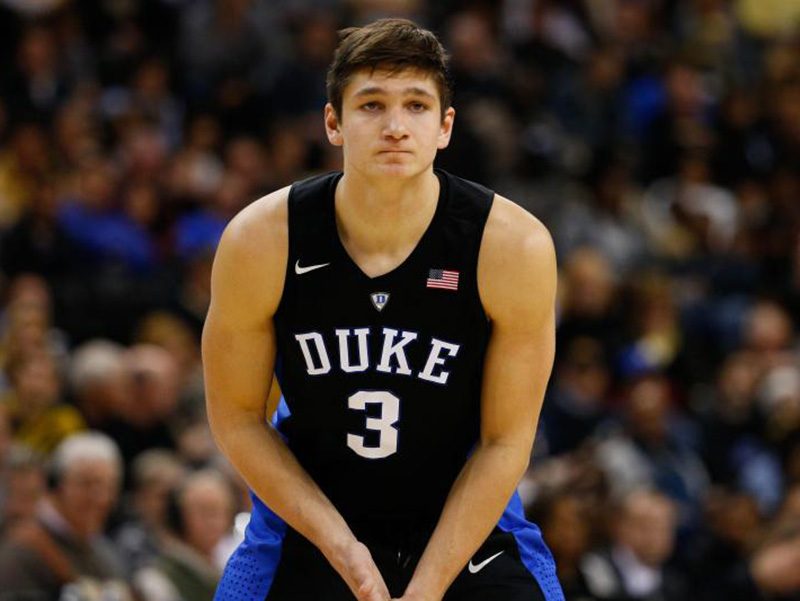 College basketball has a villain, and his name is Grayson Allen.

Saturday, the Duke Blue Devils guard, who has been embroiled in a tripping controversy since he started playing in the NCAA (he was suspended for a game earlier this season because of it), was called again for a tripping foul.

In the Blue Devils’ game against the Pitt Panthers, Allen’s foot was planted when Pitt senior forward Jamel Artis drove past Allen.

Allen was given an “indefinite suspension” in December because of his tripping history — the suspension turned out to be for just the one game.