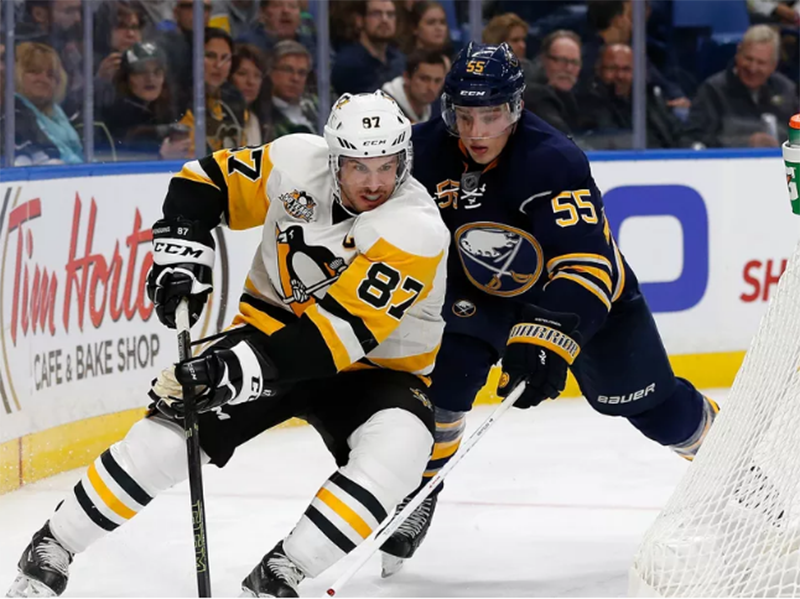 The win included a few really great plays, including Nick Bonino’s game-winning goal and Sidney Crosby’s goal where he shredded through the Sabres’ defense and scored with one hand on the stick.

Buffalo held their own, however, as the game wasn’t decided until late into the third period. Goalie Robin Lehner played a good game but was ultimately beat by one of the league’s best offenses. While the Sabres went the first two periods without a goal, they made the game all that much closer when Sam Reinhart scored his 17th goal just minutes after the intermission.

Another advantage the Penguins had in this game was not finding themselves in the penalty box much; on the other hand, Buffalo had 23 penalty minutes.

Out of four attempts, Pittsburgh was able to notch one powerplay goal, which happened to be the game’s first goal. Heading into the playoffs, there isn’t much cause for concern with this team, but one aspect that has continually needed improvement is the powerplay. Now, with a playoff spot in hand, the Penguins need to continue working on one of their weakest parts.

Pittsburgh netminder Matt Murray put together another solid performance to win his 28th game of the season and add to a now 4-1 record in his last five starts.

For the 11th straight season — and what will soon to be the league’s longest active streak in the NHL — the Penguins have continued to achieve success since the introduction of their core three players: Crosby, Evgeni Malkin and Marc-Andre Fleury. While not every playoff run has ended with raising the Cup, Pittsburgh has continued to be one of the most consistently competitive teams.

The Penguins have head coach Mike Sullivan to thank for another chance at the Cup as he has continued to coach in a very authoritative way. Following Tuesday night’s win it’s clear Sullivan continues to have the ears of his players.

With this win, the Penguins move up to second place in the Metropolitan Division, just a single point behind the Washington Capitals. It will be interesting to see if Pittsburgh begins to rest its players a bit for the playoffs or continue to push to surpass one of their biggest rivals in the division.

The Penguins suffered yet another injury this evening when Jake Guentzel went down hard after a nasty hit by Rasmus Ristolainen. Sullivan later told the press in his post-game conference that Guentzel was diagnosed with a concussion. Guentzel is another name on Pittsburgh’s already long list of injuries.

Still, the Penguins have done a good job absorbing these injuries and still winning. If even just a couple players return, that can make all the difference in how far this team can go. But any more significant injuries to either side of the puck and Pittsburgh will have a very tough hill to climb — even if they are the favorites.

With a playoff spot all locked up, the Penguins will take on the Ottawa Senators to try to take first place in the division away from the Capitals. The game will be played Thursday at 7:30 p.m. ET.