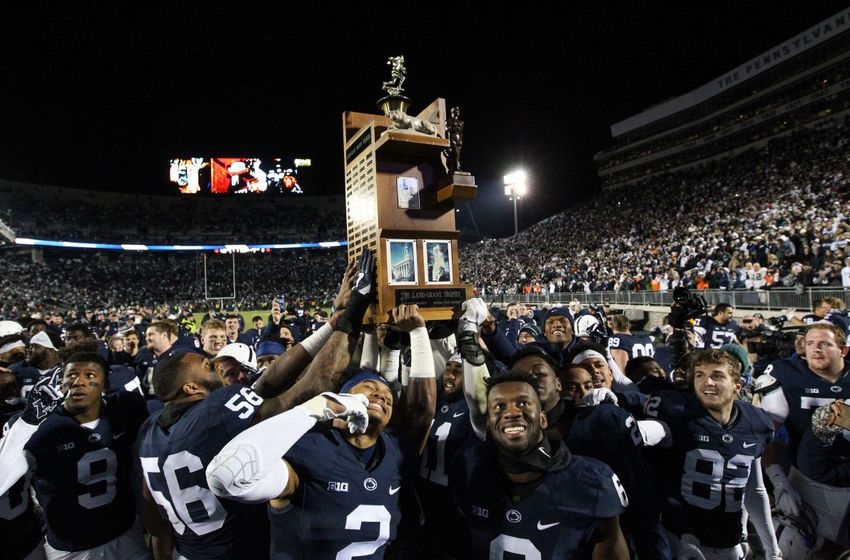 The Penn State Nittany Lions found themselves in the top-10 in the College Football Playoff poll once again, this week staying at No. 7. Saturday, the Nittany Lions welcomed the Michigan State Spartans to Happy Valley, and Penn State validated its ranking by way of a 45-12 victory.

Coming out on top against the Badgers will be the icing on the cake for a Nittany Lion team many expected to barely get to .500 following a 2-2 start this season. The 49-10 pounding at the hands of Michigan — the Nittany Lions were down six starters on defense — seems like it happened forever ago because Penn State has since rattled off eight-straight wins since.

In those eight-straight wins, the Nittany Lions have outscored opponents 323-142 while averaging 40.37 points per game and only allowing 17.75 points per game over the same stretch. The performance in those eight games — as well as the upset win over No. 2 Ohio State — helped catapult Penn State into the top-25 and, eventually, the top-10.

The Nittany Lions currently sit at No. 8 in both the AP Top 25 and the Coaches Poll where they have been for the last two weeks. This week’s CFP ranking helps put Penn State in a position for the playoffs should the Nittany Lions beat Wisconsin and have a team in front of them lose in their respective conference championship game.

Beating Wisconsin puts Penn State into the Rose Bowl as Big Ten Champion — assuming the team doesn’t make the playoff. A loss to the Badgers will most likely relegate the Nittany Lions to the Cotton Bowl or the Orange Bowl. All the aforementioned bowls are New Year’s Six bowls or bowls previously played January 1. (This year, as a result of New Year’s Day falling on a Sunday, these bowls have been moved to December 31st or January 2nd.)

Penn State is playing with house money with each game it plays and ranking it receives. Many wrote the Nittany Lions off for dead after they were riddled with sanctions, but, in the first year of playing with a full allotment of scholarships, head coach James Franklin has his team right where he wants them and in a spot where Big Ten powers Michigan and Ohio State aren’t: Indianapolis.

When both teams take the field Saturday night at Lucas Oil Stadium, it will be a culmination of hard work, overcoming adversity and staying the course.

As for the game itself, Franklin and company will be more than ready to handle business on the field.