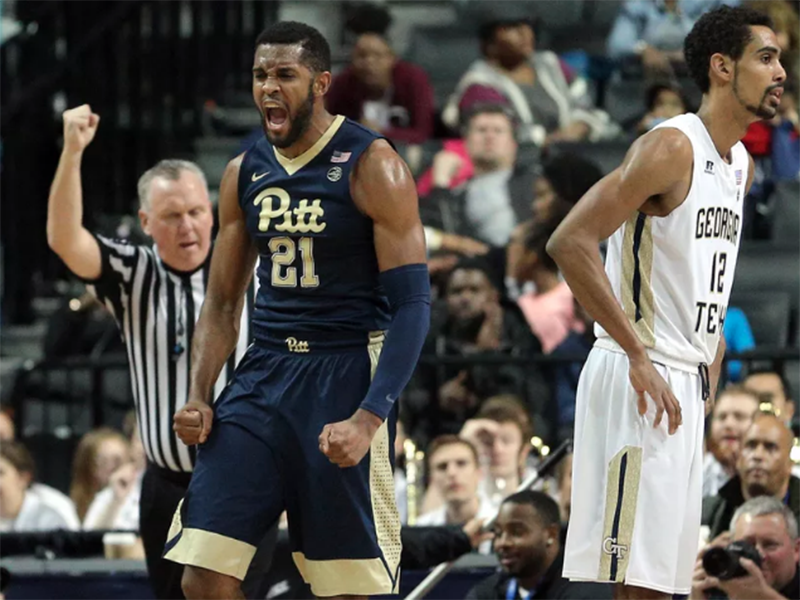 In the midst of a dismal season, by no means were the Pittsburgh Panthers expected to defeat the Georgia Tech in the first round of the ACC Tournament. Especially because the last time the two teams played, the Yellow Jackets easily handled the Panthers, 61-52.

But Tuesday night, winning is exactly what Pitt did, beating Georgia Tech 61-59 in a game that wasn’t as close as the score indicated. (The Panthers led by 11, at one point.)

It wasn’t a pretty win by any means, but Pitt got the job done. And in the very tough ACC Tournament — a tournament the Panthers would have to win in order to make the NCAA Tournament — winning is all that matters. It doesn’t matter how it’s done.

“We didn’t play great, but I don’t think that you look great too often against Georgia Tech,” said head coach Kevin Stallings after the game. “I think (the Yellow Jackets) scrum the game up a little bit. I think that’s part of the beauty in how they play. But we fought, and we were able to make plays, do just enough to win the game.”

Senior forward Sheldon Jeter also alluded to the team’s winning mentality mindset, saying, “We were upbeat, came out ready to play. Sole focus was, you know, just winning by any means. So it was a very positive mindset going in.”

The Panthers were led in scoring by senior forward Michael Young, who had 17 points. Three other starters for the Panthers scored double-digit points, including Jeter (14), senior guard Jamel Artis (11) and redshirt senior Chris Jones (11). Artis led the team in rebounds, grabbing nine, while he and redshirt sophomore guard Cameron Johnson tied for most assists on the team, providing four each.

After the game, Young said Georgia Tech was tough to play because of the way the team never gives up and fights to stay in the game.

With their (very, very, very slim) NCAA hopes still alive, the Panthers will now face the No. 21 University of Virginia Cavaliers on Wednesday at 9 p.m. EST. The game will be aired on ESPN2.

During the teams’ last meeting on March 4, Virginia destroyed the Panthers, 67-42. However, in early January, Pitt upset the then-No. 11 Cavaliers, 88-76.