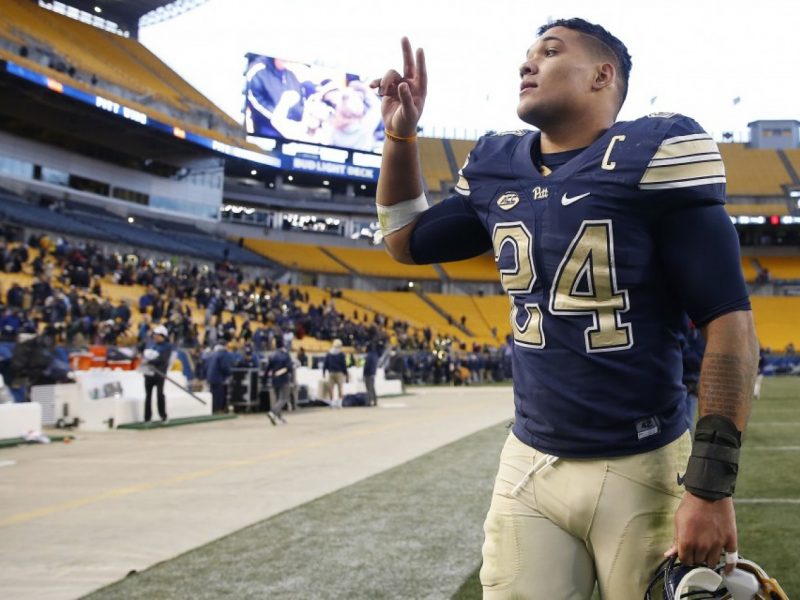 Pitt Panthers running back James Conner will declare for the 2017 NFL draft, the redshirt junior announced on Twitter on Saturday.

The text reads: “Blessed to have been given the opportunity to play at this great university. I have given it everything I got and will do it one more time in New York City for my brothers at Pitt. When they talk about someone who made a positive impact on the program, I hope that they mention my name. Thank you to my family, my friends, and everyone who made this possible. I will be declaring for the 2017 NFL Draft.”

Conner, a cancer survivor, is one of the most inspirational stories in college football. He was diagnosed with Hodgkin lymphoma — he still took part in the team’s workouts while undergoing chemotherapy — and was declared cancer-free in May. He ran back onto the field in September.

In 2016, Conner amassed 1060 rushing yards and 16 touchdowns on 208 carries, which had him named to the first-team All-ACC. In 2014, he put together a 1765-yard and 26-touchdown season and was named a first-team All-American by the American Football Coaches Association. That same year, he was a second-team All-American pick by the AP, FWAA, Sporting News and USA Today; he was also the ACC Player of the Year.

Conner will play one more game in a Pitt uniform when the No. 22 Panthers take on the Northwestern Wildcats in Yankee Stadium at the Pinstripe Bowl. The game will take place Dec. 28 at 2:00 p.m. EST on ESPN.