Edmonton Oilers (9-3-1) The Edmonton Oilers have gotten off to a roaring start in the 2016-17 campaign. They currently lead the Pacific Division with 19 points, five more than the Anaheim Ducks, who sit in second place. The Oilers have won two games in a row and are 7-2-1 in their last 10 games. Sensation Connor McDavid has paced the Edmonton offense; he has 14 points (five goals, nine assists) in 13 games. McDavid ranks sixth in the NHL in points. For the Oilers to succeed against the ... END_OF_DOCUMENT_TOKEN_TO_BE_REPLACED 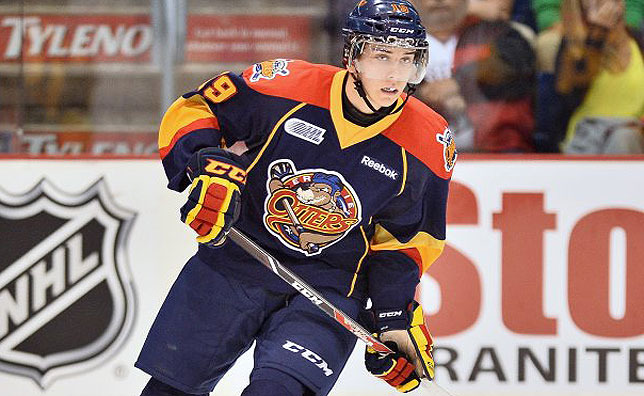 The Pittsburgh Penguins did not have a first-round pick, but three players with regional junior hockey ties were taken in the first round of the 2015 NHL draft on Friday. The draft, hosted by the Florida Panthers, will continue with rounds two through seven on Saturday. The Erie Otters of the Ontario Hockey League had two players taken in the top three picks: center Connor McDavid was taken with the first overall pick by the Edmonton Oilers and fellow forward Dylan Strome went to the ... END_OF_DOCUMENT_TOKEN_TO_BE_REPLACED