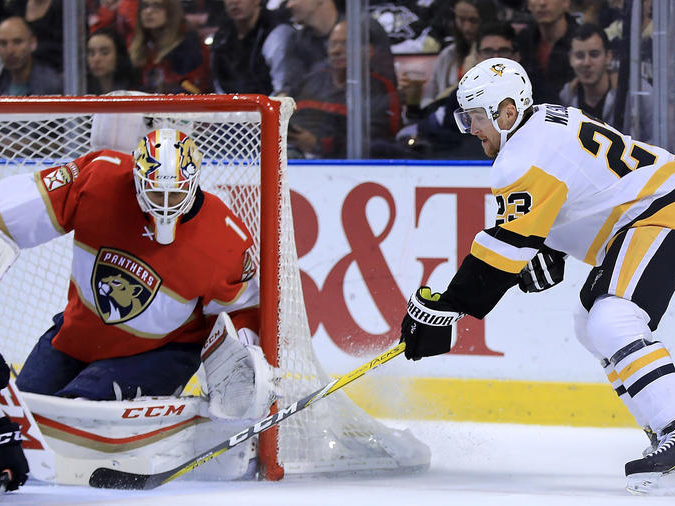 The Pittsburgh Penguins got their 17th win on the season after defeating the Florida Panthers (12-12-4) by a score of 5-1; the Penguins (17-7-3) have now won four straight games. Although Pittsburgh hasn't lost back-to- back games this year, there was a stretch in the past month that the team didn't have the  consistency that either head coach Mike Sullivan or the players wanted. However, in their last eight games, the Penguins are 6-2 and have scored more than four goals in each of their ... END_OF_DOCUMENT_TOKEN_TO_BE_REPLACED

He’s baaaccckkk. Pittsburgh Penguins captain Sidney Crosby made his season debut after missing the first six games of the 2016-17 season with a concussion, but he looked like he had hardly missed a step. And Tuesday night, he certainly made his presence felt. In the second period, Crosby scored a beautiful one-timer on a power play off a pass from Evgeni Malkin, and Crosby had three more shots on goal. With goals from Carl Hagelin and Eric Fehr in the third period, the Penguins (4-2-1) ... END_OF_DOCUMENT_TOKEN_TO_BE_REPLACED

Pittsburgh Penguins (3-2-1) Buzz is surrounding the Pittsburgh Penguins' locker room with the possibility that captain Sidney Crosby will return to the lineup for tonight's game against the Florida Panthers. Crosby hasn't played a game yet this season, and, while the team has turned in some solid performances, the captain's presence has clearly been missed. Listed as a game-time decision, Crosby will only start if he feels comfortable enough to suit up. “He had a strong practice this ... END_OF_DOCUMENT_TOKEN_TO_BE_REPLACED