The Pittsburgh Penguins have signed Detroit Red Wings minor-leaguer Kevin Porter to a one-year, two-way contract worth $575,000 at the NHL level. Porter, 29, is a 5-foot-11, 194-pound center with a left-handed shot. He spent the 2014-15 season with the Red Wing’s Triple-A affiliate, the Grand Rapids Griffins, where he scored 16 goals and 23 assists in 76 games. The journeyman has spent time with the Phoenix Coyotes, Colorado Avalanche and Buffalo Sabres over his seven-year professional ... END_OF_DOCUMENT_TOKEN_TO_BE_REPLACED

The Pittsburgh Penguins finally made the big move that everyone has been waiting for his offseason, acquiring winger Phil Kessel from the Toronto Maple Leafs. Kessel, 27, is signed for seven more seasons at an average annual value of $8 million. The Madison, Wisconsin native scored 25 goals and tallied 26 assists last season with the Leafs. Over the last five seasons with Toronto, Kessel has played in every single game and scored at least 25 goals in every season except the lockout ... END_OF_DOCUMENT_TOKEN_TO_BE_REPLACED 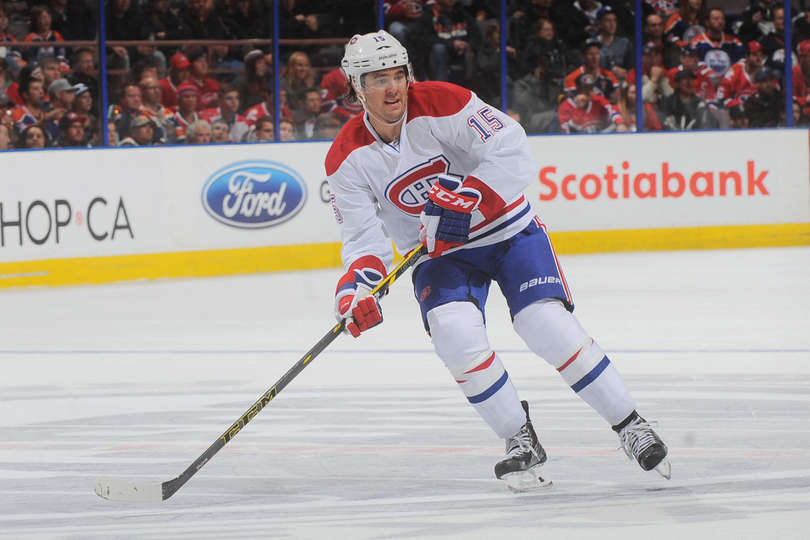 Twice in recent history, the Pittsburgh Penguins have signed a player that had been bought out by their former club that offseason. Both times, the Penguins signed those players to cap-friendly one-year contracts to serve as a stopgap until younger players could step into their role. In 2009, the Penguins signed defenseman Jay McKee after he had been bought out by the Buffalo Sabres. McKee, then 32, played 62 games for the Penguins in what would be his final season in the league, holding the ... END_OF_DOCUMENT_TOKEN_TO_BE_REPLACED

The Pittsburgh Penguins defensive corps in a state of flux, with veteran defensemen Paul Martin and Christian Ehrhoff likely testing free agent waters on July 1 and Olli Maatta and Kris Letang returning from seasoning-ending injuries. The Penguins made a big step to solidifying their blue line on Monday when they re-signed defenseman Ian Cole to a three-year contract. Cole, 26, was brought over from the St. Louis Blues in a trade deadline deal from Robert Bortuzzo. He immediately fit in on ... END_OF_DOCUMENT_TOKEN_TO_BE_REPLACED 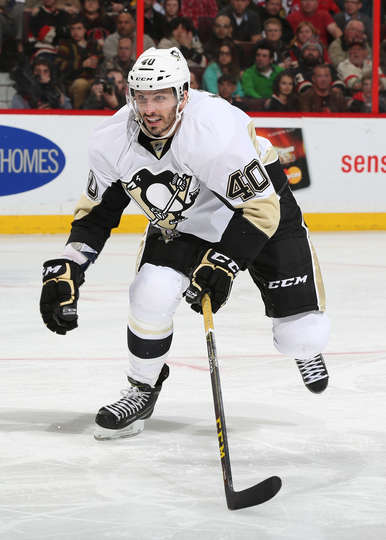 The Pittsburgh Penguins still have some decisions to make in regards to the makeup of their forward corps for the 2015-16 season. They have a few internal options that they may turn to if need be, but with the free agency period fast approaching, it will soon be time to make a decision on the impending free agents. As of now, the only player whose future is clear is right-winger Craig Adams, as the Penguins already informed him that <a ... END_OF_DOCUMENT_TOKEN_TO_BE_REPLACED

The Pittsburgh Penguins signed Blake Comeau as a free agent last summer without much fanfare. He was a 28-year-old veteran that had spent the previous two seasons playing a fourth line role, so the assumption was that he would wind up in the same role with the Penguins, possibly pushing Craig Adams for playing time and working on the penalty kill. He did have a past history of working as a top six scorer, but that was back in his early years with the New York Islanders. His recent ... END_OF_DOCUMENT_TOKEN_TO_BE_REPLACED

While Jason Worilds retiring is currently holding the headlines, the Steelers have been silent thus far in the free agent frenzy that's occurred league wide. Other than checking in on Darrelle Revis, which basically means they said hello to him, the Steelers have been the Steelers, avoiding the flashy names. However, with Le'Veon Bell's status for the first few games unknown with his pending suspension, the Steelers need running back help. Earlier this week, we mention that Reggie Bush could ... END_OF_DOCUMENT_TOKEN_TO_BE_REPLACED