A little over a week into spring practice, the defending Big Ten champion Penn State Nittany Lions are gearing up for the Blue-White Game on April 22nd. Head coach James Franklin and running back Saquon Barkley spoke with members of the media following the team's fifth spring practice. James Franklin Franklin spoke to the media for nearly 15 minutes following practice Wednesday evening and touched on a barrage of topics ranging from captains, the competitiveness of the Blue-White game and not ... END_OF_DOCUMENT_TOKEN_TO_BE_REPLACED

Now that we've all caught our breaths from the wild, western shootout otherwise known as the 2017 Rose Bowl, it's time to take a look at that game and the future of the Penn State Nittany Lions, who took part in that game alongside the USC Trojans. The 103rd edition of the Rose Bowl didn't disappoint in the least. It had everything a fan could ask for in a game as it unfolded into an instant classic: points, drama, lead changes and last minute heroics. Both teams were up multiple scores, ... END_OF_DOCUMENT_TOKEN_TO_BE_REPLACED 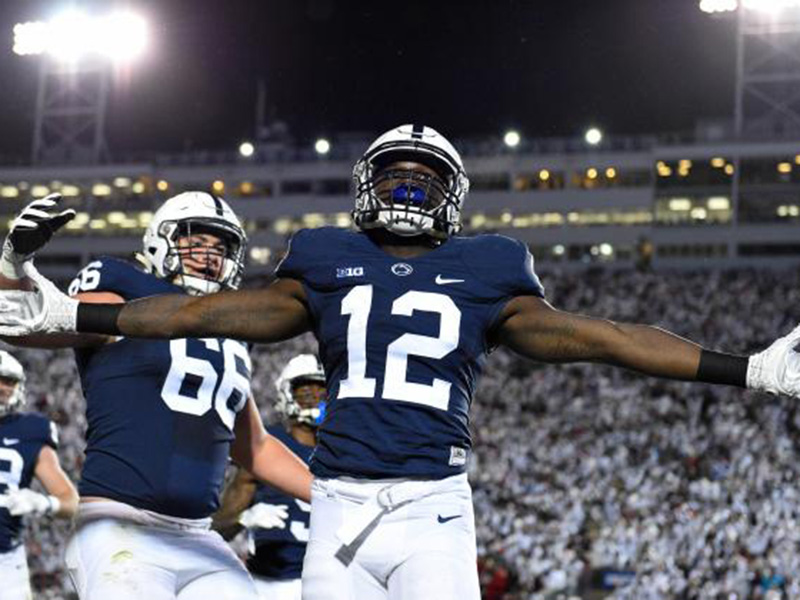 “This is special,” an emotional James Franklin, head coach of the Penn State Nittany Lions, said following his team's 24-21 victory over the No. 2 Ohio State Buckeyes (6-1, 3-1 Big Ten) at Beaver Stadium. Franklin's Nittany Lions (5-2, 3-1) pulled off a major upset after coming into the game as 18-point underdogs in Las Vegas. “This is for everybody,” Franklin said. “This community has been through so much in the last five years.” Ohio State held a 14-point lead as the fourth quarter ... END_OF_DOCUMENT_TOKEN_TO_BE_REPLACED