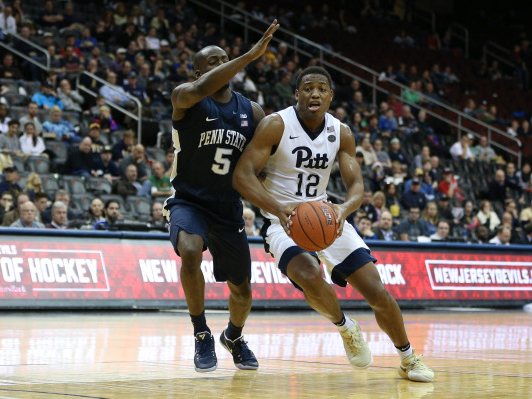 The University of Pittsburgh and Penn State University have always had a rivalry. In academics, in athletics, on the football field (see: earlier this year) — and on the basketball court. The Pitt Panthers and Penn State Nittany Lions met on the court Saturday night, and it was the Panthers that earned the win by a 81-73 final score. Pitt was led in scoring by senior Michael Young, who scored 29 points. Every Panthers player put up at least a single point, with other double digit points ... END_OF_DOCUMENT_TOKEN_TO_BE_REPLACED

Head coach Pat Chambers enters his sixth season at the helm of the Penn State Nittany Lions men's basketball program. The 2016-17 edition of Nittany Lions basketball features a roster made up of 14 players, none of whom are seniors. Led by junior guard Shep Garner, the Penn State squad is anchored by the return of five letterwinners, three of whom started in over 60 percent of the team's games last year. Garner started in 32 games last year, and juniors Payton Banks and Josh Reaves started in ... END_OF_DOCUMENT_TOKEN_TO_BE_REPLACED