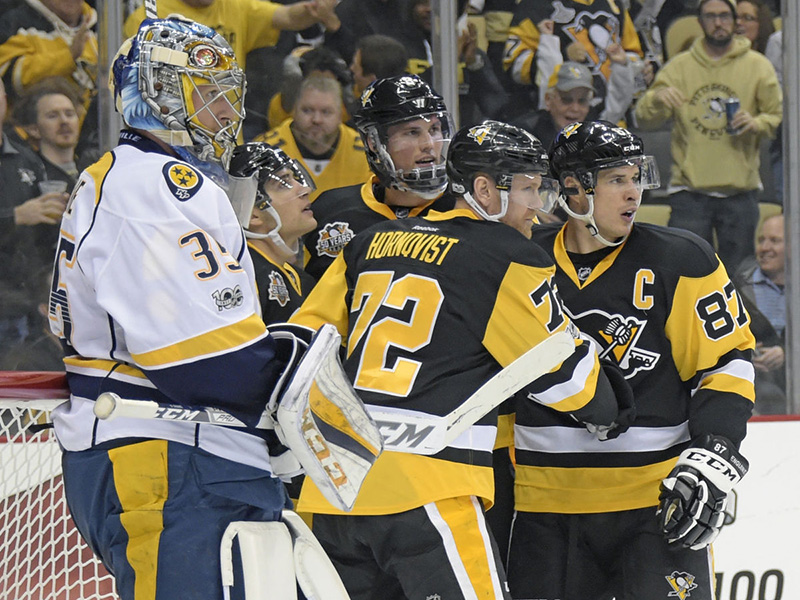 After five days off for the All-Star break, the Pittsburgh Penguins (31-13-5) hosted the Nashville Predators (24-17-8) for the first game of the second half of the season. Following a 1-1 first period, the Penguins had yet again another offensive barrage in the second period, where they scored three goals. Pittsburgh managed to hang on to the lead all the way through and finished the game with a solid 4-2 win. While the Predators were able to score a goal in the latter half of the third ... END_OF_DOCUMENT_TOKEN_TO_BE_REPLACED

Nashville Predators (1-3-0) So far this season, the Nashville Predators have had a few bugs — not only in their game, but in their locker room, too. In their last game out, a 5-3 loss to the Detroit Red Wings, forwards Ryan Johansen and Craig Smith (along with several others) contracted what is believed to be food poisoning. “Last night, we got into a situation where we suspect that we're dealing with some food poisoning in Detroit,” said head coach David Poile said. It's ... END_OF_DOCUMENT_TOKEN_TO_BE_REPLACED

The Pittsburgh Penguins have claimed forward Mark Arcobello on waivers from the Nashville Predators, general manager Jim Rutherford announced in a statement on Wednesday. The acquisition will immediately add some skill to the Penguins bottom six. Depsite Marcel Goc scoring in last night’s 7-2 victory over Minnesota, the Acrobello has already more than doubled the production of the Penguins’ fourth line of Goc, Zach Sill and Craig Adams. The current Penguins fourth line trio has just three ... END_OF_DOCUMENT_TOKEN_TO_BE_REPLACED