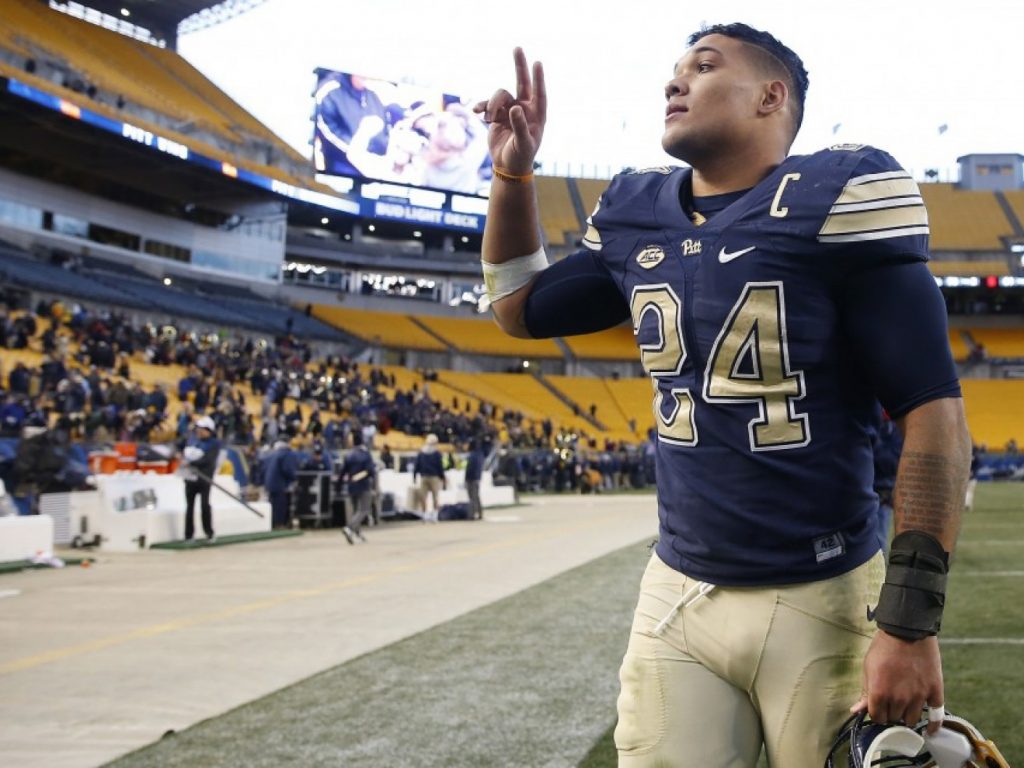 Pitt Panthers running back James Conner will declare for the 2017 NFL draft, the redshirt junior announced on Twitter on Saturday. Forever Grateful. pic.twitter.com/B8wXA9ABZz — James Conner (@JamesConner_) December 10, 2016 The text reads: “Blessed to have been given the opportunity to play at this great university. I have given it everything I got and will do it one more time in New York City for my brothers at Pitt. When they talk about someone who made a positive impact on the ... END_OF_DOCUMENT_TOKEN_TO_BE_REPLACED

James Franklin likes to say that there are “no moral victories” in college football, and that turned out to be true as the Penn State Nittany Lions topped the Boston College Eagles by a final score of 31-30 at Yankee Stadium for their first bowl win since 2010. The first half was uneventful; neither team could mount any kind of sustainable offense. The only scoring opportunities came in the first quarter. Penn State drew first blood after sophomore quarterback Christian Hackenberg completed a ... END_OF_DOCUMENT_TOKEN_TO_BE_REPLACED

With just under two hours to the kickoff for the 2014 New Era Pinstripe Bowl between Penn State and Boston College, officials from the Yankees, Penn State, Boston College, and the Pinstripe Bowl met with the media to offer well-wishes and congratulations to both football teams, as well as offer their gratitude to the Pinstripe Bowl committee, the Yankees organization, and the city of New York for their hard work, effort, and welcoming spirit. Listen to their comments below and follow Meghan ... END_OF_DOCUMENT_TOKEN_TO_BE_REPLACED

Yankee Stadium is undoubtedly one of the most iconic sporting venues in the United States, if not the world. Seeing a baseball game here is on the bucket list of just about every baseball fan, but what about a football game? Penn State and Boston College will square off in the 2014 New Era Pinstripe Bowl at 4:30 p.m. The game promises an entertaining clash between an experienced rushing offense and the nation's top-ranked rushing defense. Updating Live from Yankee Stadium 1:00 p.m. - The ... END_OF_DOCUMENT_TOKEN_TO_BE_REPLACED

The news is out, the nerves have cleared, and the pressure is on. Penn State is about to compete in its 45th bowl appearance. This is a big game for the Lions. They have not participated in a bowl game since 2012 and they have not won a bowl game since 2010 when they scraped past LSU for a 19-17 victory. A lot has changed since then – they’ve had two new coaches, a host of new players, and a new attitude. The 2012 TicketCity Bowl was rough on the team; they had just lost a beloved coach, ... END_OF_DOCUMENT_TOKEN_TO_BE_REPLACED

Penn State (6-6) will play Boston College (7-5) in the Pinstripe Bowl on December 27 in New York City at Yankee Stadium. The kickoff is set for 4:30 in the afternoon and will be broadcasted on the ESPN family of networks. This is the Nittany Lions’ first bowl trip in two years since participating in the TicketCity Bowl in January 2012, but they haven’t won a bowl game since January 2010 when they topped LSU 19-17. This will be head coach James Franklin’s fourth career bowl appearance. He ... END_OF_DOCUMENT_TOKEN_TO_BE_REPLACED