It's funny. On July 4, I said this week is a make-or-break week to keep the Pirates' playoff hopes alive. All they've done since is take the first two games of the series against the Cardinals — in St. Louis — to push Pittsburgh's winning streak to six games. Suddenly, the Chicago Cubs are in reach, and the magnitude of this weekend's series against Chicago is even bigger. Still, I don't think, under any circumstances, the Pirates will be able to win the NL Central. If they get into the ... END_OF_DOCUMENT_TOKEN_TO_BE_REPLACED 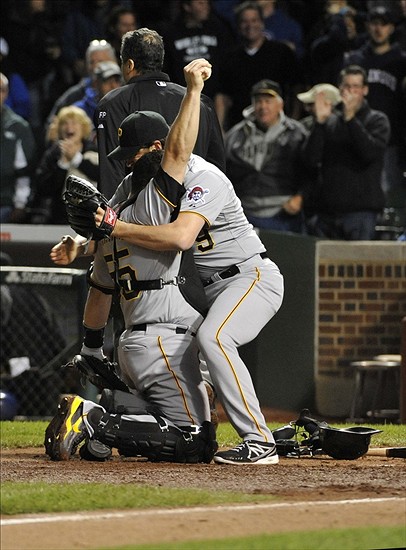 CHICAGO -- The Pittsburgh Pirates are going to the playoffs. No, you did not read that wrong, they are going to the National League playoffs. With their 2-1 victory tonight over the Chicago Cubs today, the Pirates will be playing in October for the first time since 1992. The Pirates got on the board early, as the second batter of the game, Neil Walker, hit a solo home run. There wasn't much for the Bucs offense after that until the top of the ninth inning, when Starling Marte had one of the ... END_OF_DOCUMENT_TOKEN_TO_BE_REPLACED