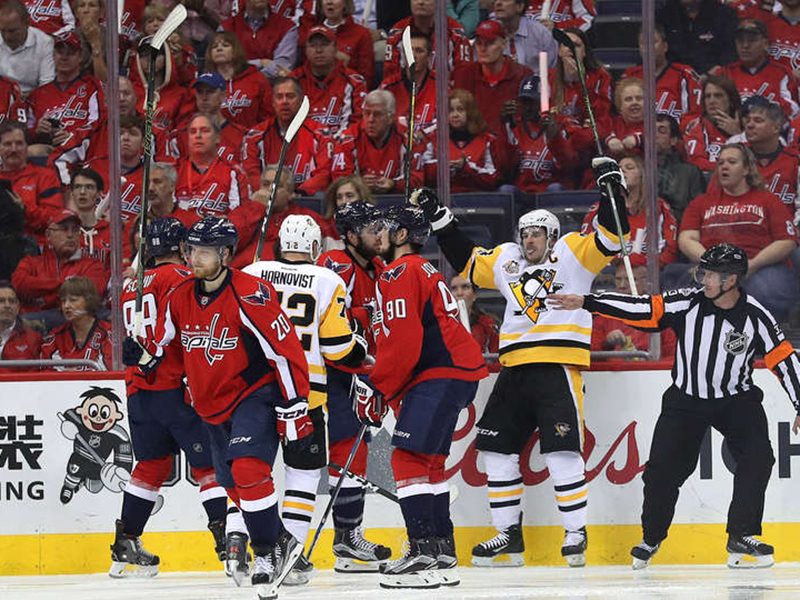 Last night, the Pittsburgh Penguins beat the Washington Capitals, 3-2, in Game 1 of the second round of the Stanley Cup playoffs. Sidney Crosby had a phenomenal game in front of net, scoring two goals, while Marc-Andre Fleury had a spectacular game in net.

Here are some of the best tweets from the game.

No matter what happens tonight, make sure you yell at strangers on the internet afterwards. #LetsGoPens

The Duquesne Incline in #Pittsburgh shows its supports of the Pens on a beautiful spring afternoon. Can’t wait for this series. #LetsGoPens pic.twitter.com/rWYbpyAKdy

elect sidney crosby, he’s the only person who gets shit done in washington pic.twitter.com/MCfSOmZuTO

President Crosby is in town and I’m putting out an executive order to kick some ass.

There is beauty in all things, but this Sidney Crosby shot is art. It is poetry.
It is sublime.pic.twitter.com/DKHdnBIfFJ

When you realize that Crosby is the BEST in the world.#Ovechkin pic.twitter.com/SysWfwBy86

Can a PP unit be 2nd if it had Nick Bonino? #WSHvsPIT pic.twitter.com/2umVLKXk9G

One Capitals player finished with a plus-rating tonight. I could have you guess, or just tell you it was Mr. Nate Schmidt (+1).

“the penguins get all the calls”- capitals fans pic.twitter.com/pOfkFxPmvV

The Fast and the Fleuryious 🐐

Marc-Andre Fleury did not get one of the three stars tonight. Assume that means they’re setting aside a galaxy for him.