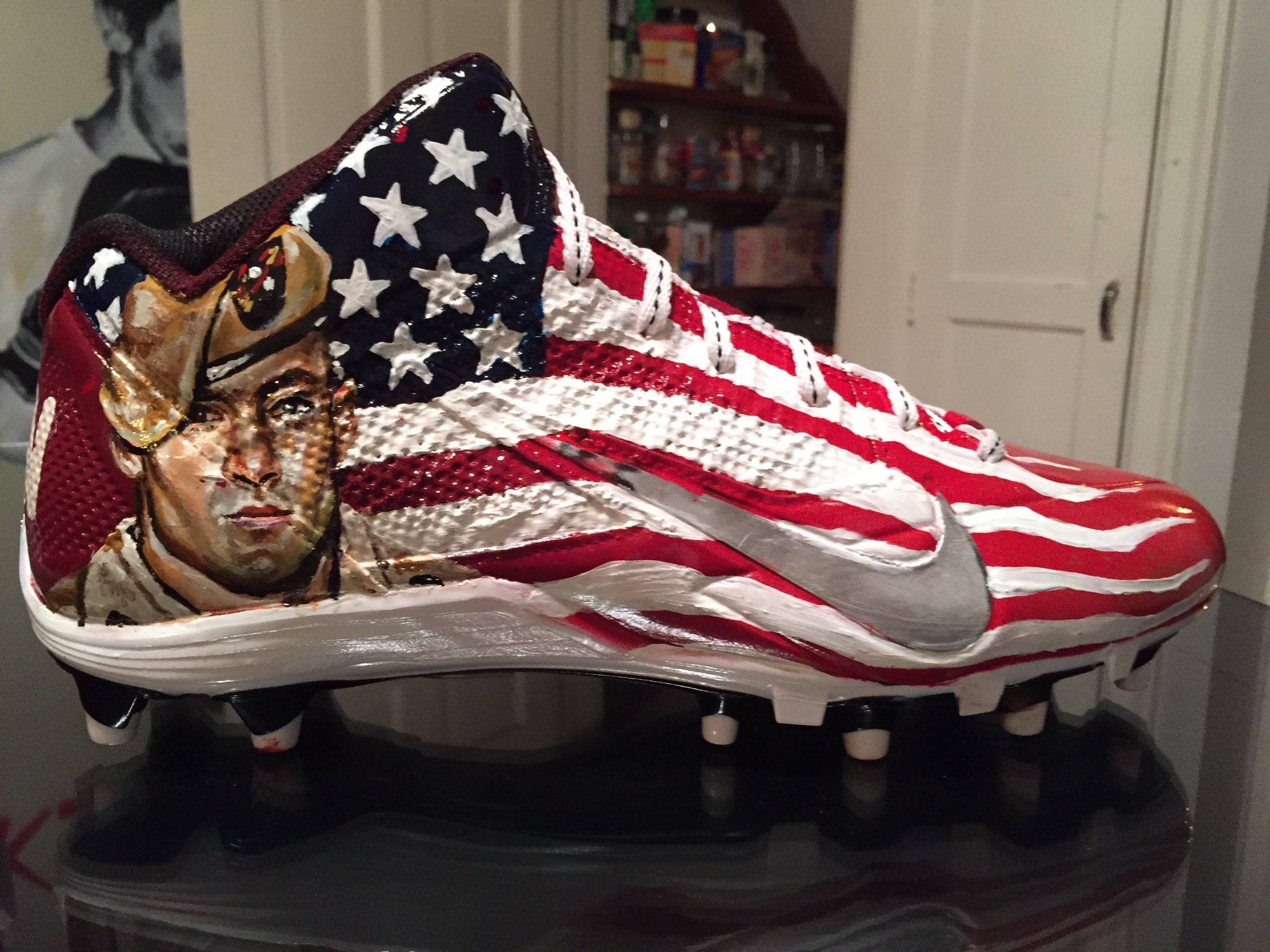 Pittsburgh Steelers wide receiver Antonio Brown has worn some pretty great custom cleats this season, but the ones he unveiled on Veterans Day might just be his best yet.

Friday, Brown tweeted out a picture of his cleats, which feature Pat Tillman, the former Arizona Cardinals defensive back who left the NFL and a lucrative contract in 2002 to join the U.S. Army after the 9/11 attacks. Tillman was killed in Afghanistan in 2004. He was only 27.

One of Brown’s beautifully painted shoes has Tillman in his Army Rangers uniform, while the other one shows Tillman in his Cardinals uniform, yelling as he takes the field. Both images have the U.S. flag as a backdrop.

Unfortunately, Brown will likely only be wearing the cleats in pregame warmups Sunday and not during the Steelers’ game against the Dallas Cowboys; the NFL doesn’t allow players to wear personal messages on their uniforms. It’ll be interesting to see if the league decides to bend this policy, given that Brown is honoring a fallen player on Veterans Day weekend and the NFL’s work with veterans and the military.