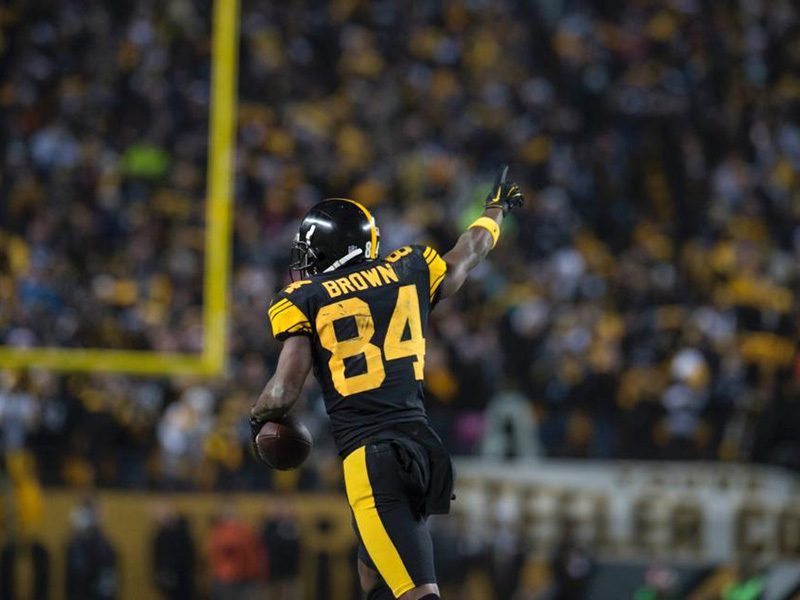 Antonio Brown made his best catch of the season: a new contract.

The Pittsburgh Steelers are sure putting their money where their mouth is. Just hours after announcing they’d placed the franchise tag on running back Le’Veon Bell, the team announced it had reached an extension agreement with wide receiver Antonio Brown.

Per ESPN’s Adam Schefter, Brown and the Steelers have agreed to a deal that will make him the highest-paid WR in the league.

Steelers and Antonio Brown have reached agreement on deal to make him highest paid WR in NFL, per sources.

Schefter reported that Brown’s deal is a 4-year extension worth $68 million — “extension” meaning Brown is tied to the black and gold through the 2021 season. He’ll get $17 million/year over four years and will get $18.5 million over the next three years.

Reporting on the exact details on the contract has varied. CBS’ Jason La Canfora reported that Brown’s deal is worth nearly $73 million.

The five-time Pro Bowler has been one of the league’s best wideouts over the past four seasons. Over that span, he led the league in receptions twice and receiving yards once. In 2016, Brown had 106 catches for 1,284 yards, was selected to the AP’s All-Pro team and was fifth in the NFL in total yardage (with 1,284 yards).

Business sure is boomin’ for Antonio Brown — and his bank account.