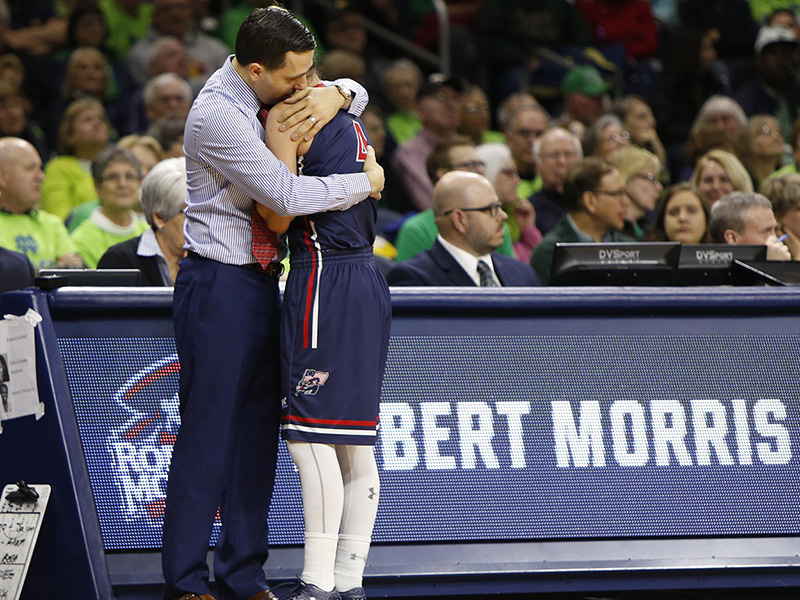 The Robert Morris University’s women’s basketball team didn't last long in the women’s NCAA Tournament. The No. 16 seed Colonials were defeated in the tournament by the No. 1 seed Notre Dame University Fighting Irish by a final score of 79-49. RMU was led in scoring by senior guard Anna Niki Stamolamprou, who hails from Greece. Stamolamprou scored 19 points in the Colonials' first-round loss. After the game, RMU head coach Charlie Buscaglia, in his first year as head coach, proclaimed ... END_OF_DOCUMENT_TOKEN_TO_BE_REPLACED

The last time Chris Carper was in Eugene, OR, he returned home an NCAA All-American. This time, the former Robert Morris University javelin standout looks to return home as a U.S. Olympian. This weekend, Carper has the opportunity to accomplish a goal millions of people have in their lifetime when the 24-year-old competes in the javelin at the U.S. Olympic Trials in Eugene. He's hoping to hit the qualifying standard of 83 meters and head to Rio de Janeiro as part of the the 2016 ... END_OF_DOCUMENT_TOKEN_TO_BE_REPLACED

Robert Morris men’s basketball (0-3) has had quite a slow start to the season, and after dropping to the Bucknell Bison (2-1) 81-76 tonight, head coach Andy Toole finds himself in an early 0-3 hole. The first loss of the season came from Toole’s alma mater, Penn, in a heartbreaking 76-75 nail biter. Even with a 28-point game from senior Rodney Pryor, the Colonials were not able to make up a 16-point halftime deficit, and would fall by a mere one point. Robert Morris’ second game was quite ... END_OF_DOCUMENT_TOKEN_TO_BE_REPLACED

The Robert Morris Colonials (1-2) had a lot of momentum riding into tonight’s game as they visited No. 6 South Dakota State (2-0). Unfortunately, the Jackrabbits defended their home turf and continue the season undefeated as they rolled over Robert Morris, 34-10. Matt Barr had a very limited role in tonight’s game attempting only 14 passes and completing four. Passing for only 43 yards and a touchdown, Barr’s receivers also had a very small role with Nic Lamica catching three passes for 37 ... END_OF_DOCUMENT_TOKEN_TO_BE_REPLACED

After a disappointing finish to last week’s game, Robert Morris knew it had something to prove this week. Traveling on the road, the Youngstown State Penguins had a lot to prove as well following a tough loss against Pitt last week. A rainy game resulted in a lot of inaccurate passes and drops by both teams. Ultimately Youngstown State was able to adjust and endure the weather finding their first win on this early season. Robert Morris couldn’t find any offensive rhythm and would lose in ... END_OF_DOCUMENT_TOKEN_TO_BE_REPLACED

Robert Morris University forward Brandon Denham has had a busy summer. After attending the Winnipeg Jets prospect camp last week, he is back in Pittsburgh participating in the Pittsburgh Penguins prospect development camp this week. Denham, 23, will enter his senior season for the Colonials with 20 goals over the last two seasons. With the departure of all-time leading scorer Cody Wydo, Denham will be one of several RMU players that will be asked to play a bigger role offensively. “I’ve ... END_OF_DOCUMENT_TOKEN_TO_BE_REPLACED

The Robert Morris University Island Sports Center complex on Neville Island will be getting a bit of a facelift this summer. The facility, which has served as the home of the RMU men’s and women’s hockey teams since their inception in 2004, will see its first major renovation since it has come under the auspices of the university. This summer’s work will include renovations to the men’s and women’s locker rooms, athletic training room and equipment and laundry faculties. The new facilities ... END_OF_DOCUMENT_TOKEN_TO_BE_REPLACED

The Wheeling Nailers have signed their second player for the 2015-16 season, and it’s a familiar face to many Pittsburgh-area hockey fans. Former Robert Morris Colonials captain Cody Wydo will re-join the Nailers for his first full professional season in 2015-16. Wydo, 24, played in all 37 games for the Colonials in 2014-15, leading the team in goals (20), assists (23) and points (43). Over his senior season, Wydo became the program’s all-time leading scorer and first-ever Hobey Baker ... END_OF_DOCUMENT_TOKEN_TO_BE_REPLACED 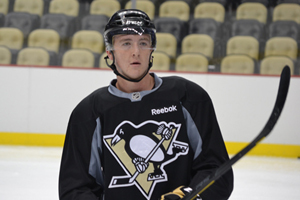 The Wilkes-Barre/Scranton Penguins have rounded out their coach staff, hiring former NHL defenseman Jay Leach as their assistant coach, it was announced by Pittsburgh Penguins associate general manager Jason Botterill on Tuesday. Leach, 35, comes with boatloads of NHL and AHL experience. He played with eight different AHL teams and played 70 NHL games in his 11-year pro career. “We are pleased to be able to add Jay to our coaching staff,” Botterill said in a press release. “With veteran ... END_OF_DOCUMENT_TOKEN_TO_BE_REPLACED