Today would've been Jackie Robinson's 94th birthday. Jackie Robinson came from a time that most of us today only read about in books. Born in 1919 to sharecroppers in Georgia, Jackie Robinson grew up to change the game of baseball. Adversity was nothing new for Robinson. Growing up, his family was the only African American family on their block. He went on to UCLA to be the first athlete to letter in four different sports. After being forced to leave college, he went into the Army, where ... END_OF_DOCUMENT_TOKEN_TO_BE_REPLACED

Lance Armstrong is shoving his name back in the news. The disgraced cyclist admitted his cheating in an interview with Oprah Winfrey. He also doesn’t feel he was cheating because “everyone else was doing it.” Way to show contrition for lying Lance. Armstrong is a man who misled an entire country and cheated his way to the top of a sport very few people in this country care about. Those who do follow cycling likely do so because they believed in the feel-good story of a man who recovered from ... END_OF_DOCUMENT_TOKEN_TO_BE_REPLACED

With the books officially closed on 2012, 2013 brings a fresh start and new opportunities for all the Pittsburgh sports teams. 2012 was a rather disappointing year for Pittsburgh sports with the Steelers and Pirates falling just short of the playoffs and the hockey locking out keeping us from watching Sid the Kid and Geno Malkin carving up the ice. But as stated before, the New Year brings a fresh start for all these teams. With new starts comes a plethora of new predictions and expectations for ... END_OF_DOCUMENT_TOKEN_TO_BE_REPLACED

This has been one hell of a year for Pittsburgh sports, and not in a good way. I am not a happy sports Yinzer right now. You’ve got the Buccos. Oh the Buccos. Though I'm not a die hard baseball fan, I was impressed when they had their winning streak - then they blew it. They completely lost first place. How do you do that? How do you go from being on top, directly to the bottom… again? When was the last time they brought home a championship? I don’t remember. Whatever. It is baseball and ... END_OF_DOCUMENT_TOKEN_TO_BE_REPLACED

NCAA Division I college hockey returns to CONSOL Energy Center this weekend as the first-ever “Three Rivers Classic” featuring Robert Morris, Penn State, Miami University (Ohio) and Ohio State gets underway on Friday afternoon. The tournament will begin with a matchup between Robert Morris and Penn State at 4:30 p.m. This will mark the second meeting in two weeks for the two Pennsylvania-based schools, as Robert Morris earned a 3-2 victory over Penn State in State College, Pa. on Dec. ... END_OF_DOCUMENT_TOKEN_TO_BE_REPLACED 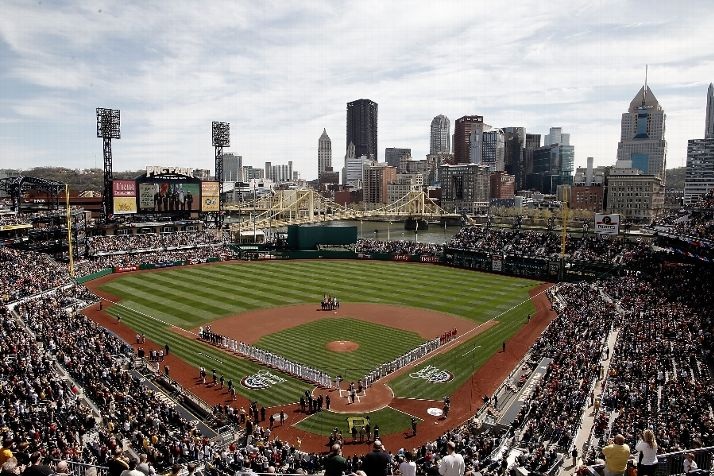 The 2012 year was not the best for Pittsburgh sports, but it created some major memories. The NHL lockout really hurts this countdown, and the amount of Penguin moments on this list is limited due to that. The Steelers, with the exception of a couple games, had a very forgettable season. Despite a collapse at the end of the season, the Pirates dominate most of this list. Without further ado, here is the list of the top twenty moments in Pittsburgh these past twelve months. 20. Phillies vs. ... END_OF_DOCUMENT_TOKEN_TO_BE_REPLACED

With the NHL owners and the NHLPA (NHL Players Association) still dragging their feet and no new meetings seemingly in sight, the Consol Energy Center is pretty quiet these days. It looks like we will have to trade in the sounds of skate blades scraping the ice, for the squeaky sounds of sneakers on the hardwood now that the NBA season has begun. Thinking about that it brought up the topic of the NBA and the city of Pittsburgh. This seems to always bring a good debate in town as to if anyone ... END_OF_DOCUMENT_TOKEN_TO_BE_REPLACED

The Wheeling Nailers defended their home ice perfectly over the weekend, as they swept a pair of games from the Reading Royals. Stefan Chaput helped the Nailers to their second win, scoring the tying goal in the third period, before netting one in the shootout as well. Patrick Killeen stopped 38 of 40 shots during the game, then another four in the shootout, as Wheeling skated away on top, 3-2. The first period started off with a bang, as Reading’s Scott Wietecha scored on a wrist shot from ... END_OF_DOCUMENT_TOKEN_TO_BE_REPLACED