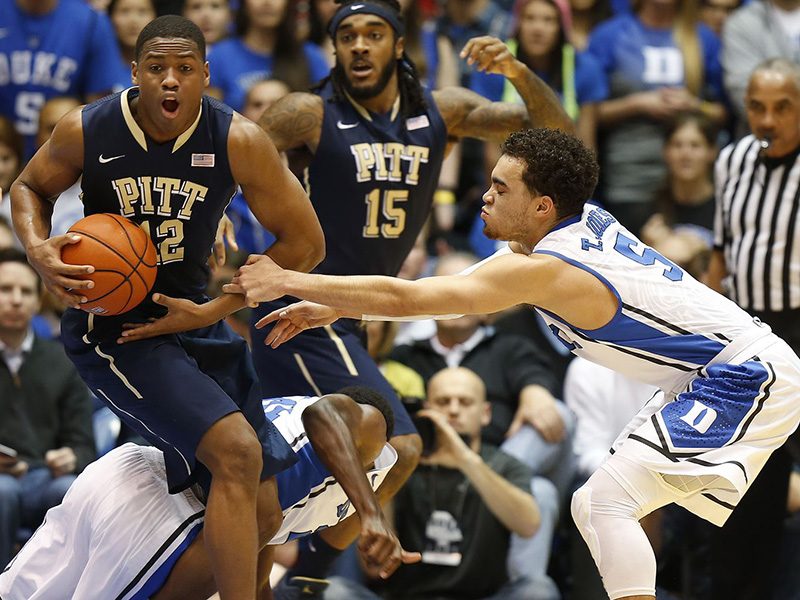 The Pittsburgh Panthers had to be wary when going up against the No. 21 Duke Blue Devils on Saturday night.

The first reason? The return of legendary coach Mike Krzyzewski, who returned after missing four weeks because of back surgery.

Allen, indeed, was called for a tripping foul in the second half of the game on Pitt senior forward Jamel Artis.

However, even with the tripping, the Blue Devils claimed the 72-64 win over the Panthers. Pitt has now lost its last eight games in a row.

“I am disappointed for my players,” said head coach Kevin Stallings after the game. “I thought they competed really hard and really well. Duke’s shot-making, in the end, was kind of the difference. They made shots, and we could not.”

Leading the Panthers in scoring was senior Michael Young, who had 24 points. He was joined by only one fellow double-digit scorer in Artis, who scored 17 points. Only two players — Damon Wilson and Jonathan Milligan — didn’t score for Pitt. Both came off the bench for a combined 10 minutes.

After the game, Krzyzewski praised Young and Artis, while the head coach also talked about the competitive nature of the game.

After the game, neither side commented on Allen’s tripping incident.

Pitt will attempt to snap its losing streak against the Boston College Eagles on Wednesday. The game will be held at the Silvio O. Conte Forum, and tip off is scheduled for 7 p.m. EST