Some student athletes have to go across the country to play football. Some players leave school because of home sickness and choose to transfer to a school closer to their hometown. Rafiyq Cromwell, a Pittsburgh native, doesn't have that problem. He plays cornerback for the Mercyhurst Lakers in Erie, Pennsylvania, just two hours north of Pittsburgh. "Playing close to Pittsburgh means a lot to me," Cromwell said, "I can still bring my hometown swag to the game. Being close to Pittsburgh gives ... END_OF_DOCUMENT_TOKEN_TO_BE_REPLACED

Mercyhurst posted a 9-2 record last season, including a 6-1 conference record that led them to a Co-Championship with IUP. Going into 2013, the Lakers are returning five offensive starters and five defensive starters. Among their returners are an experienced quarterback and a 1,000 yard rusher in the backfield. Defensively, a senior defensive lineman leads the way. With hunger on their mind from last season, expectations are high for the Lakers this season. Here's a preview of what to look for ... END_OF_DOCUMENT_TOKEN_TO_BE_REPLACED 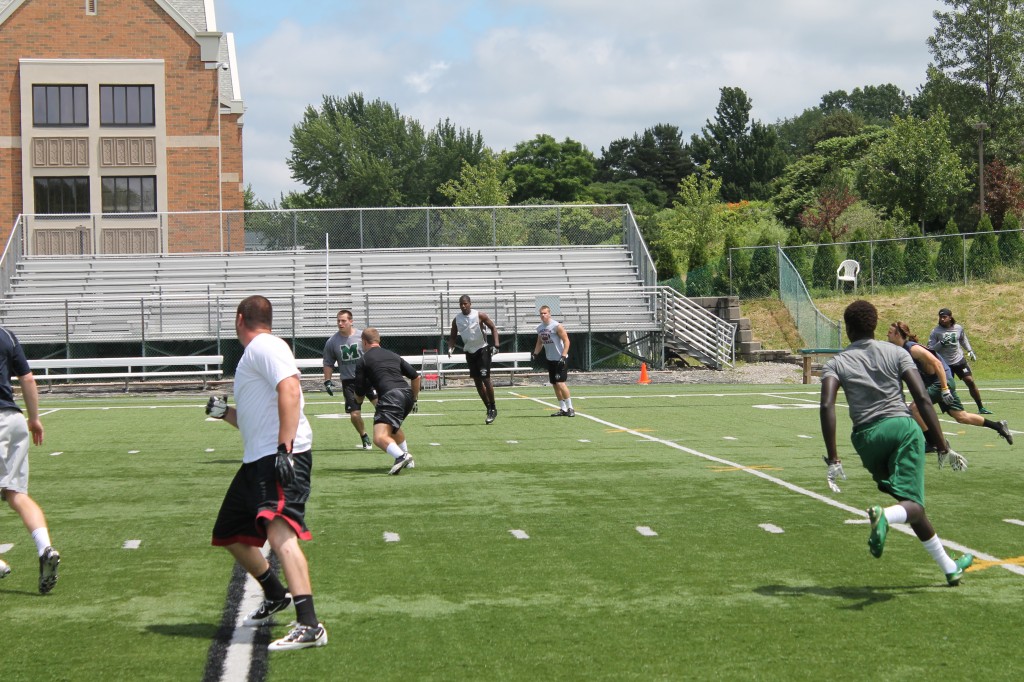 The Mercyhurst football team, coming off of an impressive 9-2 record, finished the season ranked 24th last season and is now ready to do even better this season. A majority of the team is returning and they'll be looking to give head coach Marty Schaetzle his first consecutive winning seasons as head coach of the Lakers. Here are some photos of the team's first players only OTA this past weekend. The team will officially report to camp August 13th and play their first game against Bentley ... END_OF_DOCUMENT_TOKEN_TO_BE_REPLACED

The Mercyhurst football team had a spectacular 2012 campaign. After being projected to finish 5th in the PSAC West, the Lakers finished second behind IUP with a 9-2 record. With that in mind, Mercyhurst is looking to build off of that strong season as they hit the field for spring practice. Their spring practice schedule started over the weekend on Saturday. The team will be on the field up until May 4th, when they have their annual spring game. The 15 scheduled practices are open to the ... END_OF_DOCUMENT_TOKEN_TO_BE_REPLACED