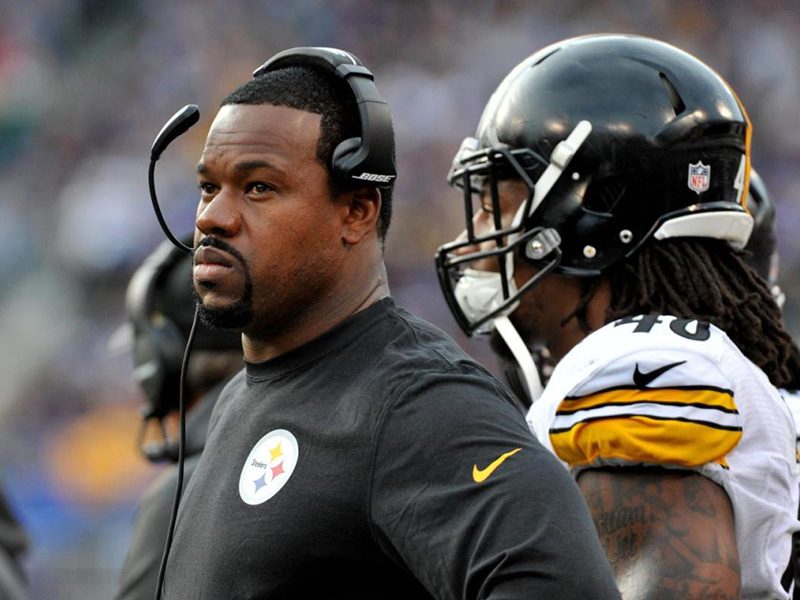 Sunday after the Pittsburgh Steelers’ 30-12 playoff win over the Miami Dolphins, Steelers assistant coach Joey Porter was arrested for an alleged altercation with a police officer. The news was first reported by Chris Mueller of the Beaver County Times. His charges include aggravated assault, simple assault, public drunkenness and terroristic threats.

Per Mueller, the Porter was handcuffed and placed in the back of a police car outside The Flats bar on East Carson Street just hours after Pittsburgh’s playoff win.

“At approximately 9:30 p.m., security guards at The Flats on Carson summoned a Pittsburgh Police Offer who was working at a nearby restaurant due to an unruly customer who was in the process of assaulting the doorman. Once he arrived on the scene, the Officer stopped he assault and arrested the actor, identified as 39-year-old Pittsburgh Steelers assistant coach Joey Porter. Porter was taken to the Allegheny County Jail. His charges include aggravated assault, simple assault, public drunkenness and terroristic threats.”

According to public safety spokeswoman Sonya Toler, security guards at the South Side bar called the police around 9:30 p.m. for help dealing with an unruly customer (Porter).

“We are aware of an incident tonight involving Joey Porter. We are still gathering information as it pertains to the situation, and we will have no further comment until we get more details.”

Porter is in his third season as Pittsburgh’s outside linebackers coach. He spent eight of his 13 years as a player in the NFL with the Steelers.