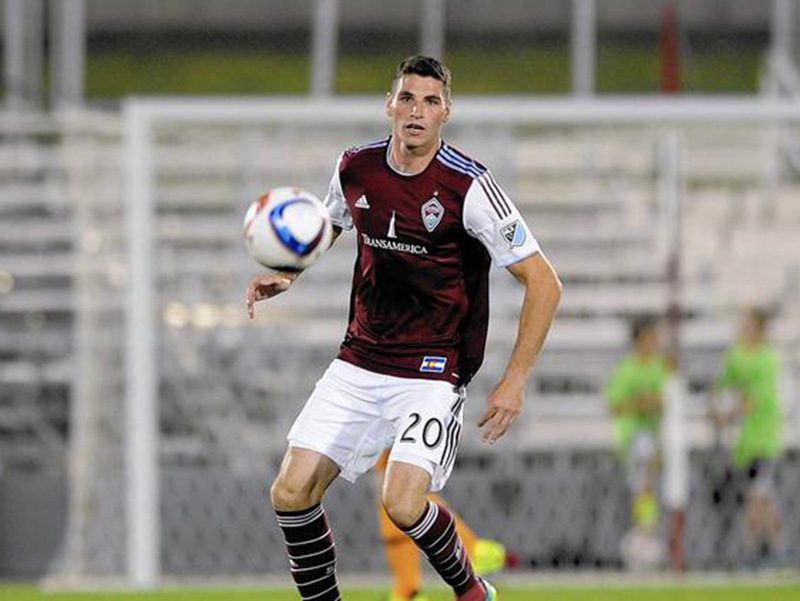 Greenspan was drafted by the Colorado Rapids in the second round of the 2015 MLS Draft out of the U.S. Naval Academy. (Photo by: Bart Young)

The Pittsburgh Riverhounds have found another centerback to help bolster their defense. The club announced Monday afternoon that it acquired Joseph Greenspan on loan from MLS team Minnesota United FC.

Greenspan became a member of Minnesota United FC after he was traded from the Colorado Rapids (another MLS team) on December 11, 2016. He was originally drafted by the Rapids with the 28th overall pick in second round of the 2015 MLS SuperDraft.

With the Rapids, Greenspan featured in four matches in two seasons, starting two games. In 2015, he only recorded one minute on the pitch, but in 2016, he totaled 185 minutes on the pitch. In Colorado’s 2016 MLS Cup playoff run, Greenspan didn’t feature in any matches.

During his time with the Rapids, Greenspan, who played collegiate soccer at the United States Naval Academy, went on loan to the Charlotte Independence and the Colorado Springs Switchbacks. With the Independence (a USL club), he made four appearances, while he made seven with the Switchbacks.

Because Greenspan is on loan from an MLS club and because of the rules of the 2017 Standard USL Loan Agreement, Minnesota can recall Greenspan at any time to feature for their side. According to the Riverhounds, Greenspan is expected to be on loan with the club for a month.

Greenspan will be available for the Riverhounds’ match Wednesday against St. Louis FC. The match, which will be held at Highmark Stadium, will begin at 7 p.m. EST, and tickets are still available.