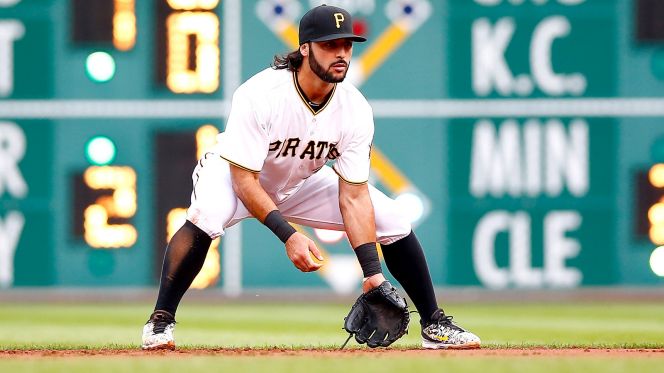 Free-agent infielder Sean Rodriguez, who played for the Pittsburgh Pirates from 2015 to 2016, will sign with the Atlanta Braves pending a physical, per Fox Sport’s Ken Rosenthal. The deal is for two years and more than $11 million.

Last season, Rodriguez put up the best numbers of his career. While wearing the black and gold, he had a .270 batting average, .349 on-base percentage, .510 slugging percentage and .859 OPS. He also had 18 home runs and 56 RBIs.

In Pittsburgh, the 31-year-old Rodriguez served primarily as a bench option, but, toward the end of the season (with his hot bat), he started seeing more time in the starting lineup. He appeared in a career-high 140 games in 2016.

The Pirates had publicly expressed interest in re-signing the utility player who started at every infield position for Pittsburgh as well as both left and right field. General manager Neal Huntington told Rob Biertempfel of the Pittsburgh Tribune-Review: “We’d love to have Sean remain in a Pirate uniform.  Given what he’s done this year, we would fully anticipate that there’s going to be quite a market out there for him.”