Three former University of Pittsburgh players came to terms on contracts as undrafted free agents, and one agreed to a tryout deal. Tight end J.P. Holtz signed a deal with the Cleveland Browns. Holtz may see some time in the backfield as a full back or H-back hybrid due to his blocking ability. The Browns' depth chart is rather thin at tight end, after Pro Bowler Gary Barnidge. Holtz will compete with draft pick Seth DeValve of Princeton, who was drafted in the fourth round, and holdover E.J. ... END_OF_DOCUMENT_TOKEN_TO_BE_REPLACED

Things looked bleak for the Pittsburgh Steelers Sunday afternoon at Heinz Field until an unexpected hero emerged in a 25-13 victory against a very good Arizona Cardinals team. There was a lot to like about this performance as well as a lot not to like. I get into that in my weekly Steelers Report Card. Quarterbacks- Mike Vick continued his stretch of poor play and it’s hard to imagine him looking any worse, leaving the game with a total of six passing yards. He gets an F. Landry Jones ... END_OF_DOCUMENT_TOKEN_TO_BE_REPLACED 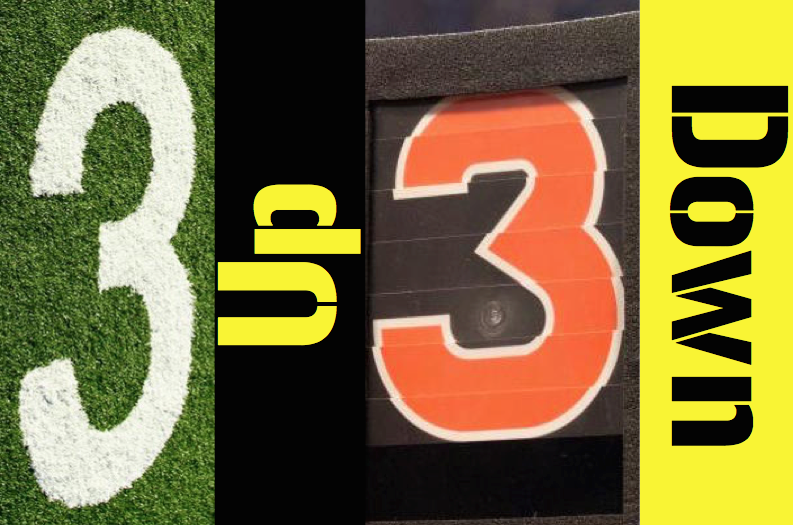 It looks like the Steelers might have found a new backup quarterback. Despite being out-gained by nearly 200 yards of total offense, the Steelers (4-2) were able to take advantage of nine costly penalties by the Arizona Cardinals (4-2) and a strong second half performance by third-string quarterback Landry Jones en route to a 25-13 victory at Heinz Field. Let's take a look at the best and the worst in the this week's three up, three down: •Before Michael Vick left the game early in the ... END_OF_DOCUMENT_TOKEN_TO_BE_REPLACED

I'm sure if you asked Ben Roethlisberger if he is ready to play Sunday against the Arizona Cardinals, he'd give a myriad of reasons why he is good to go. For starters, he's provided evidence that he's getting pretty close based the on the work he's done in 7 on 7 passing drills the past two days. Speaking to NFL HQ after Wednesday's practice, Markus Wheaton made it clear that Roethlisberger is showing no signs of rust in passing drills after missing the past two starts with a knee injury, "He ... END_OF_DOCUMENT_TOKEN_TO_BE_REPLACED

After speculation that Ben Roethlisberger might be back for the Steelers tilt against the Arizona Cardinals and former mentor Bruce Arians, Roethlisberger officially has been ruled out for the game that kicks off at 1 pm at Heinz Field. Roethlisberger had practiced both Wednesday and Thursday in limited passing drills and despite showing some positive signs, he will miss his third straight start with an knee injury. Fresh of of leading the Steelers to a thrilling comeback victory this past ... END_OF_DOCUMENT_TOKEN_TO_BE_REPLACED

If things stayed as they are now, the Steelers would be going into the season with a position battle for the starting running back spot.  That battle would be between Isaac Redman and Jonathan Dwyer, with Baron Batch as the third string guy.  Redman and Dwyer are quality football players, but neither of them are workhorses in this league.  Dwyer could be an outstanding spell guy who gives the starter a rest every couple of series, and Redman is one of the best short-yardage conversion guys ... END_OF_DOCUMENT_TOKEN_TO_BE_REPLACED

The Pittsburgh Steelers have multiple people in the headlines right now, but LaMarr Woodley is getting more talk than anyone on the team. Woodley's conditioning has been in question due to his injury issues and poor performance during the past two seasons. Todd Haley, the Steelers offensive coordinator, is also in the news as he is a candidate for the Arizona Cardinals head coaching position. Also, Omar Khan, the Steelers salary cap guru, is a finalist for the New York Jets open general manager ... END_OF_DOCUMENT_TOKEN_TO_BE_REPLACED